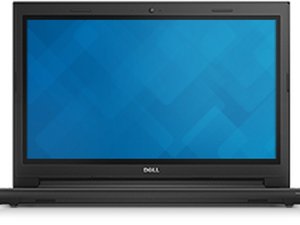 Repair and troubleshooting information for the Dell Inspiron 3551. This is a 15 inch laptop computer that uses an Intel processor. It is part of the Inspiron 3000 series.

Can a damage hard disk cause of slow or stuck at formatting screen?

My laptop was getting slow day by day. It usually happened earlier I did format it. But this time even I can’t format it. It stuck on 2% to 4% and took 2 hours. Someone told me that change the hard disk.

Dell seems to really like Seagate, despite the fact they’re known to be short lived (~1-2, maybe 2-3 years consumer, ~3-4 years commercial — they seem to bin them better for commercial computers, as they will be replacing the drive on their dime multiple times if you have a Dual HD Precision, and the Seagates keep dying every 1-2 years.). But in general, when the laptop is older, it isn’t unheard of for the original Seagate drives to have an issue in Dell laptops. I ran into the same issue on my E6540 - after the warranty expired, it shown the warning signs not even 1 year after at 10k hours. Put a used WD Black in as I couldn’t just run out and buy a drive.
It seems like the Seagate drives either begin to have issues after the warranty expires on enterprise machines (3-4 years) or within 2-3 years on consumer grade hardware after the 1-year warranty expires — which is why when I get a dual HD capable Dell enterprise machine, I *do not want* the Seagate drive unless you adjust for their inevitable death. I’m just going to put an SSD in before the drive fails and completely mitigate it.
Tip: the SSD only systems don’t seem to have as many issues (though bear in mind SSD+HD systems with Seagate drives tend to have HD failures… BUT NOT the SSD). They’re better, but you still need to either replace those Seagate hard drives within 3-4 years to be safe or be prepared to replace it on short notice. Personally, I’d just get it done but that’s because the Seagate drives have given me a lot of grief. That said, on the SSD Dells the common drive (SK Hynix) in the SSD systems is mediocre. If you buy the computer used and get it, you’re best served with a better drive - but it will often last a long time if you opt to not change it.
It’s like Toshiba laptops with non-Toshiba drives (before they exited the market) — if you see a non-Toshiba drive like a WD in the laptop, someone had a drive failure before you owned it - Dell is no different. Yes, Dell DOES ship some of their computers with WD drives, and those are often fine. For the Seagate computers if you have 10, most of them will probably be fine BUT there will always be a few with problems, and a lot of the time it’s an intermittent “invisible” failure like yours.

Check the SMART status of the drive with Crystal Disk Info, and make sure there aren’t any serious SMART errors on the drive that are causing it to trip yellow (warning) or red (bad, replace the drive). If it shows either of these or the laptop is out of warranty, go buy a good 512GB SSD like a Samsung.

If the SMART data looks okay (but make a backup of the computer first!!!), you can sometimes resolve the issue by wipe the hard drive with an ATA Secure Erase (but note this will FULLY erase it and there is no “undo” option; THERE IS NO WAY TO RECOVER THE DATA ONCE THE DEED HAS BEEN DONE). The reason I mention this is it sometimes cures the slow drive syndrome, as long as the SMART data looks good. If you opt for this, make sure you can wait (as you cannot stop it, and if you do the drive may permanently BSY lock), and set a simple password (write this down in TWO PLACES). Please, please, please do not do this as your first choice; drive replacement is preferred for this problem, but this can sometimes work if there are genuinely no other issues with the old drive. I only did this on the 15-p since the owner wanted it done right, but it fixed some of the awful performance issues.
As an example of why you might just want to let it sit and supervise… I set aside an older HP laptop (15-p) someone asked me to securely erase (1TB Samsung ST Spinpoint)… It took 6 hours for a 1TB drive, plus the time to verify it (they had sensitive files on it - I don’t guarantee my verifications for things like HIPAA and PCI compliance but I do let people know if it passes the 10% test it’s usually clean*). Sometimes these Seagate drives need to be “wiped clean” to the point there is nothing left but a totally blank drive to resolve the issue and nothing else will fix it. I got to keep the HP laptop, but yeah… I just let it run and went to bed and printed off the reports for its owner the next day for their records.
*FYI: The reason I do not certify my verification against regulation *at all* is Parted Magic isn’t designed for it either. If you need to ensure proper HIPAA, PCI or regulatory disposal I return the drive. Technically Blancco is certified for it, but is it worth the cost for fringe cases where drive retention is the norm?
NOTE: DO NOT use the ATA erase to fix a bad drive, unless you like losing everything because you put lipstick on a pig! Wipe the drive and dispose of it!
Once that is done, then reinstall Windows using the media creation tool.

If the issue remains after a SMART check and ATA Secure Erase, the drive is toast. Refer to the service manual to replace it. It’s not hard at all on this series.