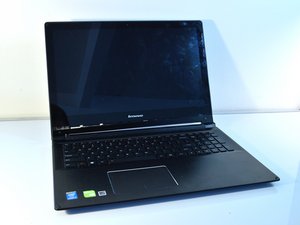 Can I replace processor

Hey I have the edge 15 with an core i3 and everything ive seen (based off the year I got it) is for core i5, im assuming I got the previous years model, now I know the computers 2 years old already. but it still works good I upgraded the ram and at some point want to do a ssd for it as well but is it possible to upgrade the processor to core i5? or i7? or should I just do a tower build and be done with it? im not a tech genius but can do the work with out completely screwing up.

2.) RAM - only useful if you NEED many programs running simultaneously.

3.) CPU - in my experience, on the same motherboard CPU upgrades don't really that much difference.

Obviously Mr. Patrick Bennet does not have much experience on CPU's and Motherboards, of course it will make a big difference having an i7 than an i3, done these many upgrades to boards that don't solder the processors and the results were great.

According to the service manual the CPU can be removed.

Scroll to p.89 to view the necessary pre-requisite steps and then the procedure to remove/replace the CPU.

If it ends in U, HQ, or H, those chips are soldered. HK (unlocked multiplier, rare due to being an enthusiast mobile CPU) is also soldered. The CPU type is a more reliable clue then speculation - go off of the EXISTING CPU to know for sure, not speculation. With this laptop, post-HSW is soldered and HSW will either be modular (Socket G3/37-47W TDP depending on if it is a 2C/4T dual-core OR 4C/8T quad core) or soldered (ULV series - 15W). Example HSW CPUs are: i5-4310M (Socket G3/37-47W Modular) or i7-4600U (ULV/soldered 15W).

With Intel, anything mobile post HSW is soldered, including mobile Broadwell as this was predominantly a mobile platform with some enthusiast desktop chips. AMD did it years earlier for some (Ex: C series netbook CPU), now all of their mobile chips have also been soldered since ~2014-15, similar to Intel. I get CPU modularity has advantages; I held onto HSW for the Socket G3 chips until it was so old the issues were hard to ignore, like not being able to use NVMe SSDs* (M.2 AHCI works on HSW but not NVMe - 6th gen or newer is required to use an NVMe SSD) despite the weight and thiccness of the computers.

*Apparently there's a way it supposedly works, but you need to modify your HSW system BIOS or see if you can install a NVMe Option ROM. However it will never be bootable and will never work on prebuilts since they all come with Intel Boot Guard enabled and it's a one time switch with an eFuse. It also risks hard bricking the board if there’s no real BIOS failure recovery mechanism :-(. If you tried and killed the board you'd be better off going to a platform with native NVMe support, which means newer CPU as well. To be quite frank it's a stupid modification with no real world value and only works on custom desktops some of the time; yes, even your Clevo/Sager white label laptop has Boot Guard. It's like putting a large displacement V8 with a FWD drivetrain.

After NVMe became much cheaper, the cracks were permanently opened with HSW and Broadwell to the point there’s no going back. For me and many others, the raw speed of NVMe makes up for the soldered CPUs. NOTE: While NVMe is nice, if you still value modular CPUs you can still get by with a Socket G3 HSW notebook - just keep the NVMe issue in mind when buying one, and the fact you will likely need a new battery - the original batteries tend to be fried at this point regardless of the system manufacturer. My 65Wh E6440 Socket G3 battery is done for capacity wise, and my E7440’s original pack is on the way out.

At this point, the only people who care about soldered vs. modular CPUs think you gain a lot of performance with a CPU upgrade when you never, ever do. It just preserves your old motherboard in the rare event of a bad CPU.

TECHNICALLY you can replace the soldered CPUs, but you need to get a schematic and make sure the board has the right resistors and VRM coils, have a new CPU (or a used reball) and a reflowing machine for soldered ones... Not practical for a DIYer.

You can replace the processor if you wish. But unless you have experience how to, I recommend going to a professional.

Modern laptops have soldered CPU’s unlike a desktop.

You just can’t replace the CPU chip, but you could swap out the logic board. in most cases even that is not economical to do.