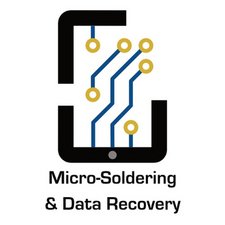 iMac is not booting (black screen, no chime)

I have an iMac 27", Late 2012 that is not booting properly. It is usually just a black screen with no chime although the fan spins and the first two diagnostic LED's light up. Occasionally, the boot process does happen and I get a white/gray screen then nothing else happens. On rare occasions it will start the progress bar but it has never completed the boot process.

There is also a vertical line, pretty much in the centre, of off-colour pixels (~ 5-10 pixels wide). I'm assuming it is LCD related as the connector looks fine.

The customer originally thought it was the power supply and had ordered one to install himself. Time constraints were such that he dropped it off at the shop so that I could install it.

So here is what I have tried:

At that point, the computer started the boot process, chimed and I pressed D to run the Hardware Test. It went into test mode and started the test but froze about 1/3 of the way through and just hung. After another re-start, just a black screen once again with no chime but spinning fan.

At this point, I have to assume it is motherboard issue. I'll start probing but wanted to see if anyone had any ideas.

Sounds like a GPU issue, plagues the 27" models. Not worth repair IMO; you can only buy these used for a lot of money, and you can't guarantee how long they will last. Bar down the screen could be GPU related if it looks distorted, or the LCD could be bad also

Thanks Reece, I was afraid of that.