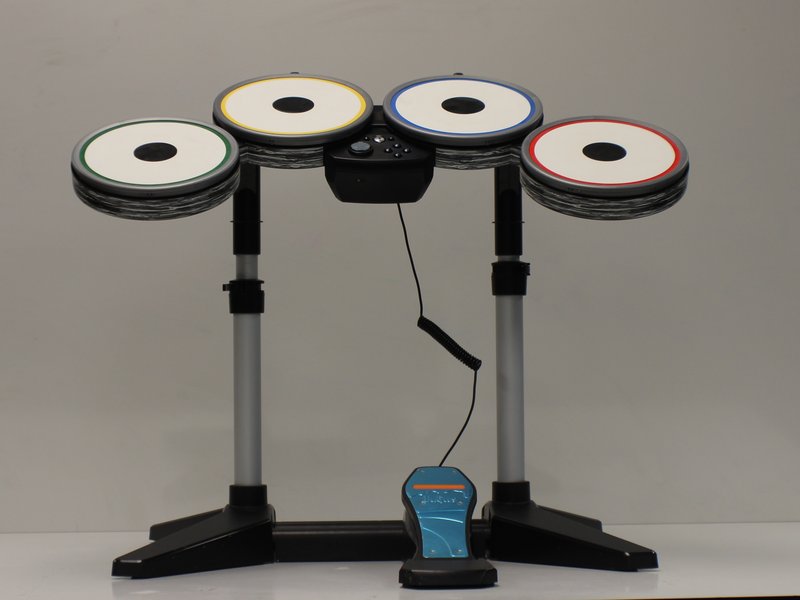 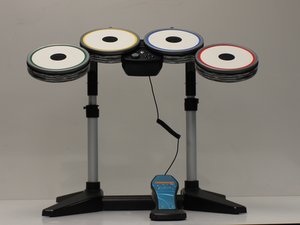 Drum set accessory to the Wii game, The Beatles Rock Band, which was released in 2009 by Harmonix. This repair guide will give you help on fixing and/or replacing certain parts of the drum set. Identified by model number NWDMS3. 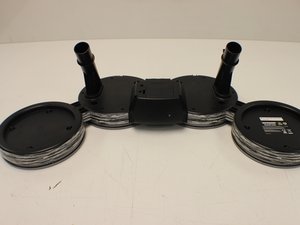 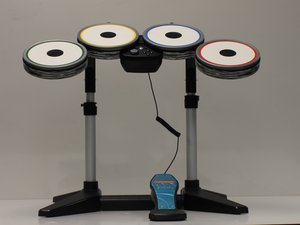 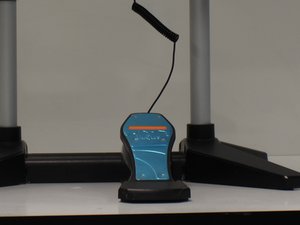 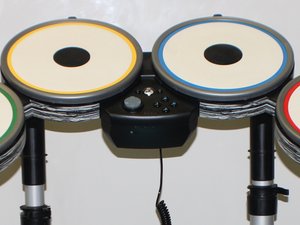 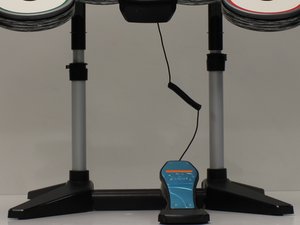 The Beatles Rock Band Drum set manufactured by Harmonix. Model number NWDMS3. Released in 2009. This device is compatible with the Wii console and game disc. The set consists of 4 drum pads (green, yellow, blue, and red) and a foot pedal.

This model is distinguishable from other Rock Band drum models through its black and white wrap around the base of the drum pads. In addition, this model, the Wii model, can be distinguished from models for other consoles by looking at the buttons on the front control panel. The Wii version has the A, B, 1, and 2 buttons on the right hand side, and a "+" and "-" on the top middle.