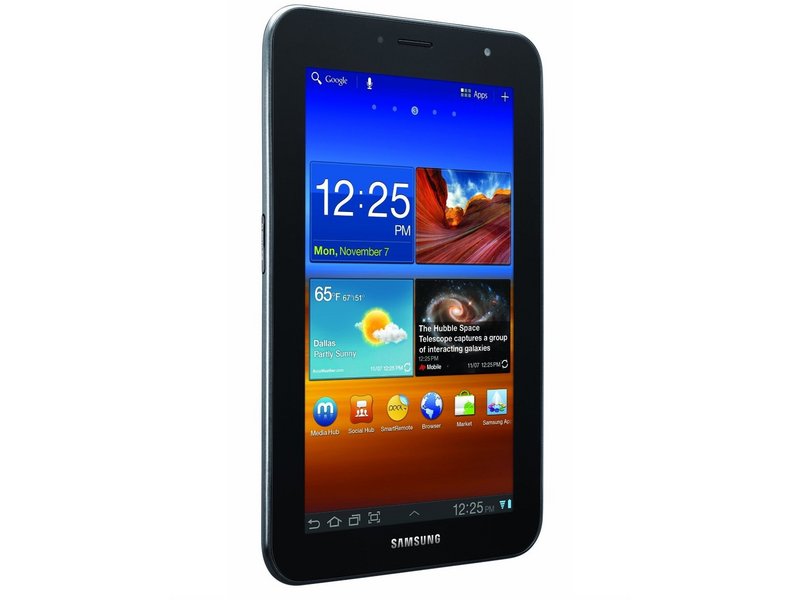 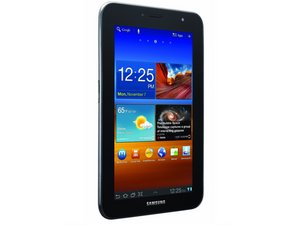 The Samsung Galaxy Tab 7.0 Plus tablet’s 7.0-inch display includes a resolution of 600 by 1024 pixels for approximately 170 pixels per inch. It was available with 1 GB of RAM and either 16 GB or 32 GB of internal storage. The Tab 7.0 Plus tablet includes a 3.15-megapixel main camera and a front-facing 2-megapixel camera. The tablet includes a 4000 mAh non-removable battery, meaning its battery is attached to the inside of the device using a permanent adhesive, making repair and replacement more difficult, but not necessarily impossible.