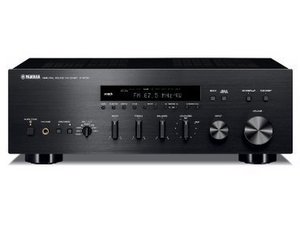 As stereo and theater equipment became less expensive, it made its way into more homes. Nowadays, it is not uncommon for people to have full stereo or theater systems in their living rooms. From surround sound speaker systems to DVD and Blu-Ray players, most of the items in your stereo and theater systems at home can be repaired when they break. So before you throw it out, try getting inside to address the issue!

This category contains repair guides for stereo systems from the relatively simple to the technologically advanced. Turntables (phonographs) were one of the earliest tools for the analog recording and playback of audio. Likewise, the speakers that we use today have not changed significantly from their original designs in the early 1900s. On the other hand, amplifiers and receivers are chalk full of electrical circuits that modify and facilitate the signals moving between the input devices and speakers. Don’t let that scare you though, both the simple and relatively complex devices can be fixed with a little know-how, the proper tools, and a bit of elbow grease. And if it wasn’t working in the first place, what’s the harm in trying?

Likewise, the way we consume visual content has changed dramatically over the years, largely based on the physical media we use to store it. From VCR players to DVD and Blu-ray to DVR cable boxes and projectors, the landscape of home theater is ever-changing. While the media might change, our will to fix things that are broken doesn’t, so check out some guides the next time your theater system ruins movie night.