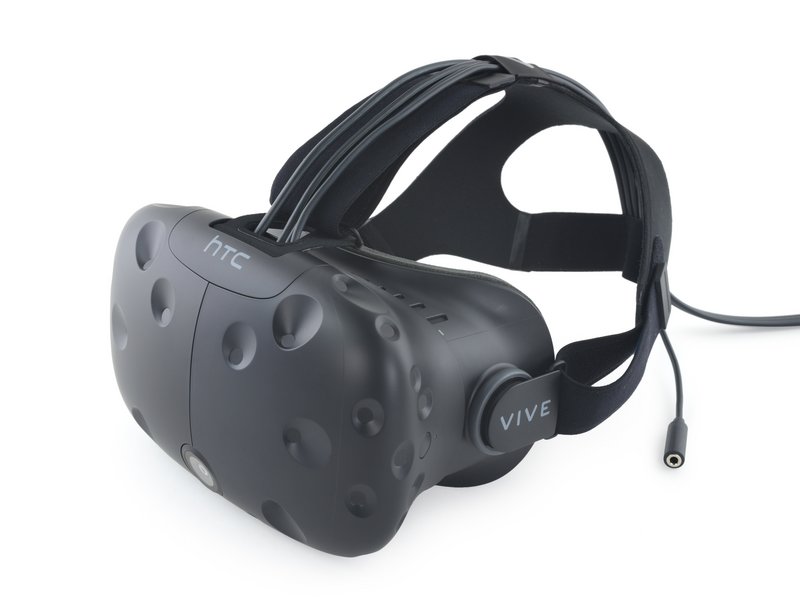 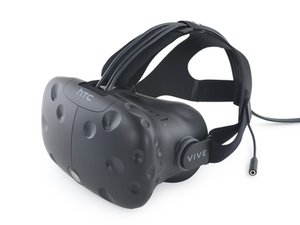 The HTC Vive is HTC's first virtual reality headset, co-developed with Valve and released in April 2016. The device's model number is NM80PJT100.

Having issues with your HTC Vive? Check out the HTC Vive Troubleshooting Guide.

On March 1, 2015 at the Mobile World Congress, electronics manufacturer HTC unveiled the Vive, a VR headset co-developed with Valve, a video game developer/digital distribution company. The Vive features two 1080p AMOLED displays that support a 110º horizontal field-of-view. Motion tracking is powered by two Lighthouse base stations, which emit a field of IR beams to track the headset in full 360º motion.

The Vive ships with two handheld controllers, as well as two Lighthouse base stations.

The Vive can be distinguished from other VR headsets by the numerous depressions on the front of the device. HTC's name is printed on the top of the device, and the strap hinges have the word Vive written on them.