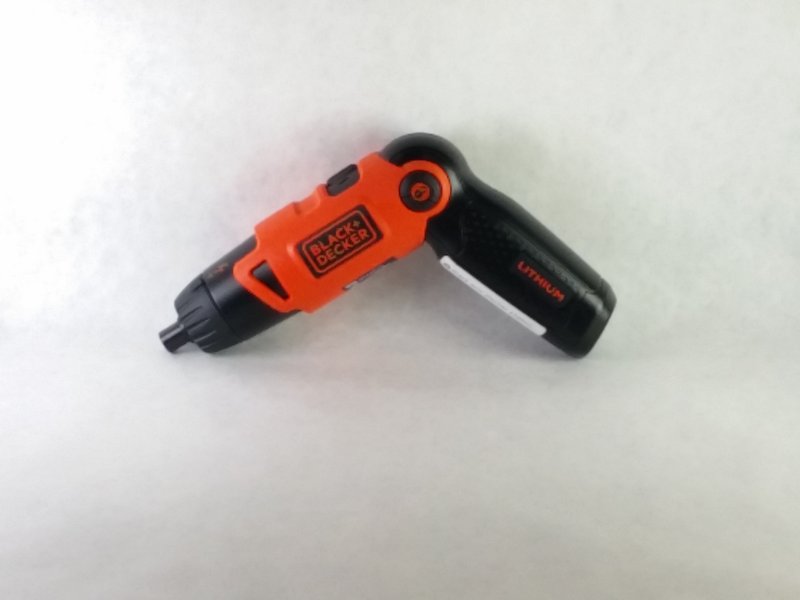 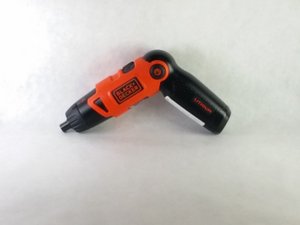 If you are experiencing problems with your screwdriver take a look at our Black and Decker LI2000 troubleshooting page.

The Black and Decker LI20000 is a compact rechargeable handheld power screwdriver released in February 2011. It comes with a charger.

The body is made up of black and orange plastic. There is a sliding direction selector on the top instead of a trigger. There is a position selection button at the midpoint of the screwdriver. Also, there is a mode selector on the end of the drill where the bits sit in place. There are two modes power and hand/manual mode where you can use the screwdriver as if it were a traditional screwdriver. There are three pivot positions for the drill to operate for whatever angle you are working with the drill on your project.

The screwdriver comes with two Hex Shank screwdriver bits and a charger. Additional bits can be used as long as the bits are the same size/diameter as the ones that came with the drill bit, these are 1/4 inch bits. Just be sure the bits are long enough that they stick out of the bit well at the front of the drill, if not they could easily become stuck inside of the well.