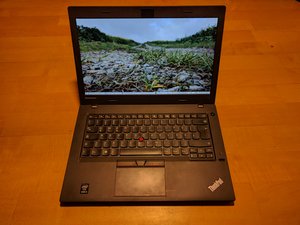 The fifth model in Lenovo's L4xx series of 14-inch laptops. Released in 2014. 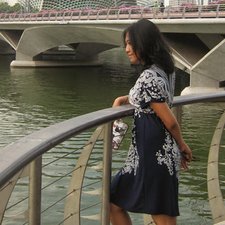 i bought this laptop a couple year ago and somehow i need to replace my HDD to SSD 500GB and install windows using flashdisk. but when i want to changed the setting on bios, it need this Supervisor Password and somewhat i’m stuck with it.

asking for the reseller they all forgotten for all the password.

With the Intel Boot Guard ThinkPads (which yours has), you truly need to replace the motherboard. Before Haswell/Boot Guard, if you could find the ATMEL chip and get it re-programmed (yes, there’s a device on the market that does this BUT I’m not going to be super specific), it could be cleared. The other option on older ones was to find the chip and short the ATMEL SCL/SDA lines to “corrupt” it and force the ThinkPad to go to defaults. It was high risk, and prone to killing the ATMEL chip. It could kill the board with the "tamper flag" option, but the board was a goner over this SVP anyway, unless you own the HW ThinkPad unlocker tool. This was sometimes “optional”, but others were always-on. If it was optional, it depended on the first owner if it was done (Ex: Ex gov’t units enabled it, private corporation varies).

Blame Intel for killing our options to fix this issue. NONE of these new laptops can be "bypassed" or defeated with HW tools or SCL/SDA shorts due to Intel Boot Guard, as it acts as a tamper flag like the pre-Haswell tamper detection! If it has no backdoor way in like Dell, the laptop is dead end! The exception is non-enabled Boot Guard laptops (where it's permanently disabled), and error models from companies like MSI who may leave it up to you or screw up.

There is no such fix on these newer ones like we had on the old ones :-(. Because I know someone will ask, yes it was doable on the pre-HSW ThinkPads, but it’s a proper PITA. As a used laptop, an unknown SVP will total the laptop out, very quickly! It also turns a viable unit into a parts machine but if you're down to open the laptop up and bypass the password, cheap. If you replace the laptop, stick to Dell*, or check this when you buy/recieve the computer on day one - ESPECIALLY WITH HP/LENOVO - there is no backdoor password.

I am afraid there is no easy way to remove the password. From the Hardware Maintenance Manual of the ThinkPad L450:

If the supervisor password has been forgotten and cannot be made available to the service technician, there is no service procedure to reset the password. The system board must be replaced for a scheduled fee.