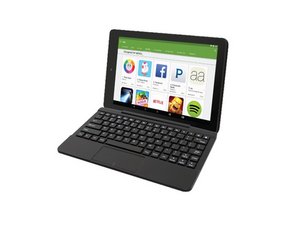 Device and repair guides for the RCA 10 Viking Pro, an Android tablet with detachable keyboard that can be identified by model number RCT6303W87 DK.

Android OS can I update past 5.0

OS update when I check for updates to the firmware on my RCA Viking Pro 10, it says the latest version has been installed that is Android 5.0. Well I know that it goes up to eight or nine now can I further update my firmware

Commiserations but the answer is no, it cannot be further updated.

While Android OS v9.0 (Pie - Aug 2018) is the latest Android OS, this doesn’t mean that your tablet has the system requirements necessary for it to be able to function correctly with this version.

This link may be of interest. Are there Android OS Updates

The Viking Pro and the Galileo Pro does in fact have the capability of running Android Version 8.1. 9 is questionable. I'm currently experimenting with possible compatible firmware for the Galileo Pro but this can be a long and tedious process.

you can update the tablet to 8.0 Oreo however this is done via an O launcher App via play store, instead of your google now launcher it allows the launch of oreo. Your current OS would me masked but still there and you can choose to go back and forth via the launcher apps. Without flashing the UI/OS this is basically the only way it can be achieved. Once you install a launcher anytime you want to use it in 8.0 mode just open the launcher.

The other more complete way would be a flash of the bios/firmware and the removal of google now cards that predict info and deliver it pro actively, However your tablet being a Viking may be out of date for the full flush . Google branding is no longer used however Google cards have been extended thru its app and its feed which cause issues because they catch you sneaking in lol

Sorry it's taken me so long to respond.... I was procrastinating on trying this, but I've found and installed an O launcher app from the Play Store. Cautiously optimistic. Real test will be when I add a meeting app for a conference I'm attending in September, which will require Android 6 or higher.

You gotta be kidding me! Installing a launcher is not updating firmware, you’re just installing an app that mimics Android version 8. There is actually a way to update firmware although the method we have found is somewhat complicated to do. The Viking Pro and the Galileo are basically inaccessable via USB cord. That is if you miss the 5 second window. To explain, if you have Windows 7 you can access the device via USB. However, Windows 10 makes it difficult. You must turn off the device plug in both the USB and the power cord. On your PC you must be in the Device Manager. When you turn on the device there is only a 5 second window that the device is detectable. At that point you right click on the device and install the MTK Drivers. I can take all of 4 or 5 pages explaining this process but it is in fact doable. The only problem is that no compatible firmware has been found to update the device. We at XDA Developers are able to root the device but are currently at a standstill with firmware.

Hey Casper. I recently bought an RCA Viking Pro from a friend. It is pretty nifty, but I find that many apps wont install. Simple ones like Microsoft Office and Yahoo Finance give me an error about not being compatible. I assume its because of the version of Android. Is there ANYTHING that can be done about that? an Emulator, or a higher version of android that DOES work? Or how about Linux?

I beg to beg to differ, you sure can update the android os..\

Apart from rooting the tablet and installing a custom ROM, which may not exactly be the same as "updating" the OS, how would this be done on this tablet?

Honneslty with a lot of hard work.. you can get to 6.0 nd 6.1 and you would need a doudle sided usb cord.. female to female.. fab it if you have to.. and then you have to search for the updated firmware.. its a pain to find but its out there.. ill gather every thing and try to get a nice write up in the next week posted.. also the drivers for this tablet are a pain in the butt... give me a week and ill try to get it up.. the issue you will run into is that the driver that work for me might not work for you.

Now keep getting message saying version up to date

My tablet is now slagging and struggle with open apps ,is this now the end or can anybody share tips to update

@jayeff The RCA tablets are extremely finiky when it comes to flashing in other ROMs. In the last 2 years no-one has come up with firmware that will update any device.