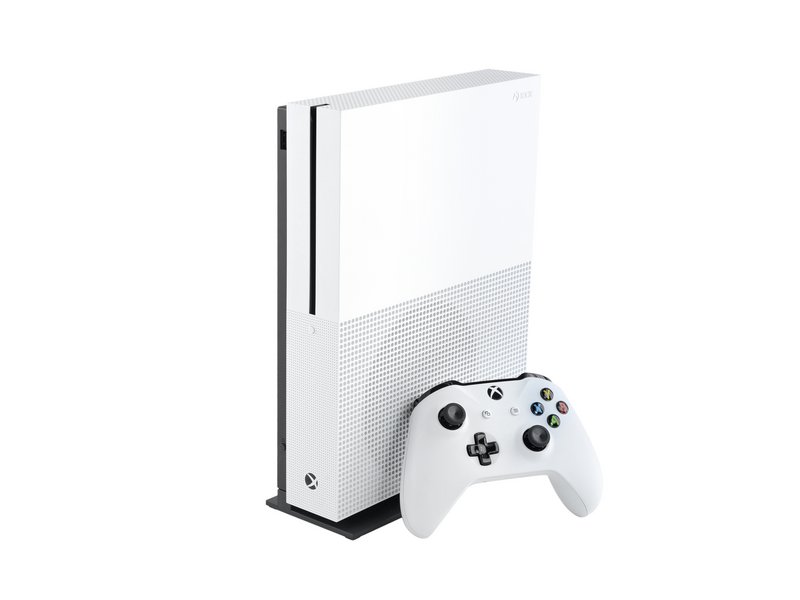 Install firmware on Xbox One S

The standard Xbox One S ships in white alongside a redesigned Xbox wireless controller. It features a frontside USB 3.0 port, IR blaster, and controller sync button. Connectivity options are similar to the previous model, however the Kinect port has been replaced by a standard USB 3.0 port.

The Xbox One S, unlike the Xbox One, has holes and dots on one half, and not the diagonal line and slits. The Xbox One S also has a large circle section beneath the holes that is used as the air vent to cool all the internal components.

The most often replaced Xbox One S parts include the power supply, motherboard, hard drive, and wi-fi board.