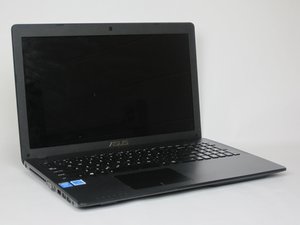 Laptop Will not Power On

Found this laptop sitting in my Dad’s shop (he recently passed). It has no ram or HD installed in it right now. I went and ordered a power cable for it to get it charged up.

Upon plugging it in I get nothing. Took the battery out and tried to power it on with just the adapter and nothing. No lights of any sort.

Is it because it doesn’t have Ram or a HD installed? I have plenty laying around to put in it and I can boot off of a USB.

But I’m pretty sure I should see at least 1 LED even without those components correct?

No indications at all when just connecting the charger to the laptop is not a good sign.

Have you proved that the adapter is OK and outputting the correct DC voltage?

The laptop should give an indication that power is connected and should start i.e. power light and fan on when Power button pressed, but will not boot all the way to an error message of “No OS found” due to missing HDD, as it will fail POST (power on self test) due to the missing RAM.

Hopefully it may be as simple as a faulty DC-In jack.

Here’s a link to the ifixit ASUS X552LAV-BBI5N08 Repair guides, which should help to gain access to the internal components.

Use an Ohmmeter to test the continuity of the DC-In jack though to where it plugs into the motherboard. The laptop’s battery should already be removed before using the Ohmmeter.

You have to start somewhere when tracing power problems.

If the Dc-In jack is faulty it will have to be replaced, they are not that expensive.

Here’s a link to just one supplier of the part. It is only shown to give you an idea of what it looks like and how much it costs. There are other suppliers online that may suit you better. Just search for ASUS X552LAV-BBI5N08 Dc-In jack to get results.

If the Dc-In jack tests OK then you may have to do further testing using a Voltmeter and with power connected to the motherboard.