The PlayStation Vita is the successor to the PSP. It contains a beefed up processor and graphics, and includes the addition of a second analog stick. It was released February 15, 2012. 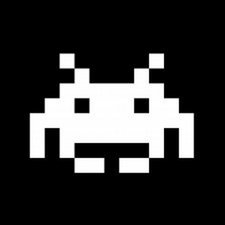 PS Vita drying battery overnight and freezing after power off

I bought a broken vita for very cheap recently, wanting to fix it and get into it finally. The seller claimed that the console doesn’t turn on and the motherboard needs to be replaced. However, first I wanted to ask if you guys have some suggestions - hopefully replacing it won’t be necessary.

First, I connected the vita to the charger and left it for some time (orange light was blinking at first, then it switched to solid orange). Then I turned it on, and to my surprise it was all looking great. I played with it for a while after it fully charged, and put it into standby mode, happy with my purchase.

I came back to it after an hour or so and… nothing. It wouldn’t turn on. I managed to turn it on by holding the power button for 30s or so, it booted to safe mode. Since then I observed that it kind of freezes either in standby mode or when it’s completely powered down. If it does, I can only boot it into safe mode and it doesn’t always work. Sometimes I need to connect the charger first, and do the combination of home+R trigger+power buttons.

It doesn’t always freeze though. Sometimes I can just wake it/turn it on with no problems, but that’s only one in ten times maybe.

Another problem I observed is the battery getting drained when the console is off (not in standby). Yesterday evening I turned it off with battery level around 85%. Today, after about 19 hours since turning it off, the battery was completely dead and when I connected it to the charger, it started with blinking orange again. That’s very weird, since yesterday after charging it, vita kept the battery around the same level for about 6 hours, including me turning it on a couple times, testing stuff.

Any ideas what could be wrong? I’m new to vita, but I heard that this kind of stuff is not unusual for it. Many people say that it’s a software issue, though - I don’t know about that, but I updated the firmware to 3.69.

P.S. I do have another (wrecked) vita with a fine battery. I could use it to replace mine, but I have no idea if it makes sense to do so.

P.S.2 I have the fat model with no sim card support if that helps

If you replace the battery with a known good one, then at least it will either confirm or eliminate it as the cause of the problem.

@jayeff thanks for your reply. I could try that, but first I'll give you a small update: Yesterday I let it fully charge and turned it off. Now, after about 9 hours, I turned it on (well, I've been trying to turn it on for 3 minutes before it finally booted) and the battery is at 100% - seriously, it's so full that the charger refuses to charge it any more. The only difference from last time is that I put it in airplane mode before shutting it down (people suggested it, but I found it weird, because why would a turned-off vita need internet connection).

I'll leave it off for the rest of the day, check on it in the evening, then replace the battery, charge it, and so on.

Now I think I can say that the battery is fine. I finally got the memory card yesterday and I could download and play some games - it took about 4.5 hours to drain the battery. It was constantly doing something -

first 2 hours of downloading games, and then 2.5h of gameplay. And this time the battery was almost full after leaving it off overnight.

I think that the most problematic is the not-turning-on thing, now that I can confirm that battery lasts a good couple hours of gameplay. Any ideas what to do about that?

Battery fully charged and it won't start seems to be a common complaint with the device.

It's almost like the Power button is not working or if it is, it is not being detected that it is operated.

You could check that the Power button is connected correctly. Have read that in some cases the device had overheated at some point and the adhesive holding the Power button had melted causing problems with the button.

Perhaps worth a look

@jayeff I'll open it up later, but I don't think that's it - I thought it might be the case, so I tested it quite a lot. Short press to wake it / make it sleep works every time for me, as long as it doesn't go to the 'deeper' sleep (I mean after 3 minutes or so, when the blue light turns off).

That's the thing with my vita - The button works perfectly unless you give the console some time to rest - be it in standby mode or turned off. If I try to boot it up right after shutting it down, it works fine as well.