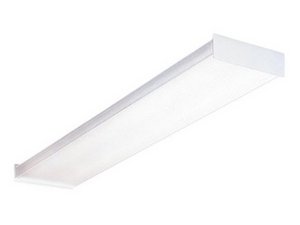 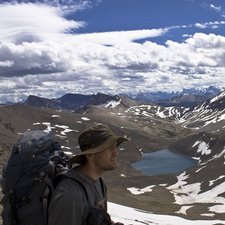 Multiple fluorescent fixtures in sunshine ceiling are all failing

I’ve been having issues with the fluorescents in my sunshine ceiling. There are 3 switches that independently control 3 sets of lights. The first set is a double fixture while the other two sets each consist of 4 single fixtures (each set of 4 is 2 pairs connected in series).

The lights were working great until all at once all sets started having trouble turning on, there would either be no light or a very dim light at the ends of the tubes. Though once the bulbs did engage they would stay on with no issue. Also, if I rotated the tubes in the sockets they would often turn on, though this seems to be an effect of the rotation and clicking in and out of contact more than the tube position.

Also, recently the bulbs have started worked more reliably recently, after several weeks of them almost never engaging when turned on for the last week they’ve started turning on fairly consistently (and instantly), though often one or two tubes won’t engage. The only thing that really changed is I had both tubes out of the double fixture and one tube out of one of the single fixtures.

I’m not sure what the problem is, the tubes are all pretty new and in good shape, each fixture has its own ballast (and there’s 3 different circuits) so that shouldn’t be the problem. Temperature and humidity don’t seem to correlate to anything either. I do know the upstairs power isn’t grounded, so perhaps that could be related, I don’t know what else could cause all 3 sets to start failing at once and then go back to mostly functional.

So for the last week the lights have been working a lot better, yesterday just one light was out. When I rotated it in the socket I noticed it was loose and I thought I had it re-engaged, yet today it was out again and when went to rotate it I noticed that it didn’t seem to be particularly secure in the socket.

So I've come up with anther theory for the behavior: The issue first came about near the end of a heat wave. Perhaps an unusually hot day caused the metal to expand on all the fixtures, managing to knock all the lights a bit out of their socket. When the heat wave ended it caused the metal to contract and the lights all started shifting out of their sockets causing all 3 sets to have trouble engaging.

The one thing I noticed when troubleshooting is that rotating usually got the light to turn on. But I was probably stopping once the light engaged rather than trying to rotate into a really secure position, or I fiddled around further swapping bulbs and didn’t take enough time to make sure they were really secure. So it’s possible that I left them loose and they kept popping out of rotation due to further temperature variations, and the reason they started working again is I eventually did end up leaving bulbs in a secure position in their sockets.

It seems a little odd but right now all lights are secure in their sockets and turned on, so I’m going to just leave them as is for a bit and see if they stay fixed.

Have you changed the ballast?

There are 9 different fixtures over 3 different circuits and all having issues. At times not a single one would turn on but today all 9 turned on instantly. I'm not sure how a ballast is consistent with that.

Have you tried isolating one complete circuit (out of the 3) at a time to see how the other two circuits behave?

If doing this has an effect, once you have identified the circuit which causes the problem you may have to get down to isolating individual fixtures to narrow it down further.

As it appears to be intermittent this may take a while, but it may be easier to locate the problem this way, than to try and test for a problem that may not be present at the time of testing.

Turning on just one of the switches at a time didn't have an effect, whatever's going on must be upstream of the switch, or rather was going on. At the moment all strips seem to be working fine.

You'll need a DVM to test the voltage at the switch and at the fixture. Do be careful! 120 or 220 can hurt you.

Given the complexity you’ll need to get a good meter to test things out.

While a simple DVM will allow you to test the circuits (power and wire continuity) it won’t tell you much from the tubes perspective. Here’s a useful meter Fluke 1000FLT Electric Fluorescent Light Tester while it’s not cheap! You might be able to rent one locally.

You might consider just re-wire the fixture to LED’s. I’ve re-wired a few ceiling fixtures using the Philip’s HUE Lightstrip which allows even colorful mood lighting over my dining rm table! The tricky part was finding a place to hide the AC transformer.

That's a good suggestion. Assuming I wasn't just being a dummy who left the bulbs not-quite-in-place after the temperature swings knocked them out of position I might try switching to LEDs or some other lighting solution. The one thing I consistently read about sunshine ceilings is that people find them very dated!

They do make replacement fixtures which are now LED. Some are quite modern looking and are dimmable.

The other approach is to get replacement LED tube lights that replace the florescent tubes. But they still use the florescent ballast and the sockets if they are bad it won't help.