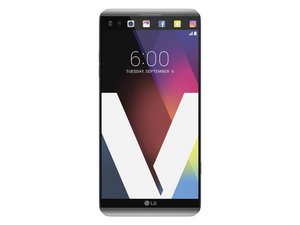 Lower microphone does not work

There are 3 microphones in the V20. One of the 3 on my phone seems to be dead; the one used for calls located next to the headphone jack on the bottom of the phone. It seems to pick up a faint amount of audio, but so faint that it might as well be nothing at all. Anyone else have this problem? Easy to fix? Replacement part?

I don’t have an answer, but I have a similar problem out of the box. The phone works fine for the microphone pickup of “ok Google” but on a cell call (on speaker) no one can hear anything I am saying. Any ideas? Since I didn’t discover this until I had the phone all set up to use with all my software, I hesitate to return it.

Were you able to change the microphone again?

I returned the phone for the same model and the replacement worked out of the box.

The lower microphone is almost fully blocked. Hence a "mute" phone (outgoing). Workaround: the upper microphone is likely OK. Turn the phone upside-down and talk all you want.

Is there any way to just change the program to use the upper mic for calls vns and recording ?

This problem fixed itself for me. I believe the update to 8.0 may have done it.

so what should we do? mine is already updated to 8.0 but it still won't work

This is likely a blockage issue caused by a combination of factors. Inside the phone case, on the other side of the mic hole, next to the audio jack, there is a little tunnel (wave guide) for the sounds to get from the hole to the microphone. The “tunnel" is removable either by unscrewing or unclipping it (I don't remember) once you've got the case opened. The "tunnel" sits on a protective “grommet" held in place by an adhesive that's not a good choice considering the range of temperatures and moisture that a phone will be exposed to.

The adhesive is much like what you'll find on cheap electrical tape, greasy crap that sticks to skin really well but nothing else.

This protective grommet may have a permeable film spanning the center opening or it may not. I wasn’t able to determine the original condition of mine or those inside the other phones that I have repaired.

Anyway the grommet (this is my terminology and not necessarily what LG calls it in their service manual) is a ring shaped sticker that straddles the microphone opening on the pcb (circuit board). The microphone is integrated, meaning that it's soldered directly into the pcb, and is not “unpluggable" which adds a level of difficulty as we cannot just order another microphone to plug in.

So far I have seen two separate issues affecting this microphone (again, this mic is the one next to the headphone jack):

Issue 1: a combination of heat (whether internally or externally generated - leaving phone in the sun, for instance), and physical force either from blowing into the mic hole, dropping the phone, or from a foreign object sticking in and physically moving the grommet, while its glue is heated and weakened, so that it blocks the hole on the pcb. One phone that I repaired had been in a purse every day and I believe that either a hair brush or makeup brush was in there and it's bristles got pushed into the mic hole as the purse got jostled. This resulted in NO SOUND whatsoever being picked up by that mic unless she shouted or blew directly into the hole next to the audio jack.

Issue 2: Same initial grommet glue problem combined with heat, force, causes the grommet to move only slightly, but now there is exposed glue around the mic opening. Eventually dust and particulate matter will make their way into the mic hole and then be stuck on the glue- not removable by blowing into the mic, but instead it becomes even worse and causes crippling distortion or sporadic issues with mic insensitivity. This is especially true if the particulate matter happens to be made of iron or steel, such as a tiny clipping from a stainless steel wire strand. In that case, glue will not even be necessary to make it stick to the mic since mics have a magnet inside them and will attract things containing iron.

In all the repairs that I have done so far I simply removed the grommet, cleaned up the remaining glue, cleared the mic opening, reassembled the phones and they worked just fine.

In hindsight, I think it might be a good idea to include a piece of thin, sound permeable material between the pcb and the wave guide to prevent more foreign objects from entering. In fact I have seen other v20s that do have such a material in place…but some do not.

I found nothing else on the internet that correctly addressed this issue so I hope this helps.

Thank you! This is exactly what happened to mine with the same symptoms others describe where voice can barely/intermittently be heard. The tiny grommet (square piece with a round hole in the middle), and thin screen underneath had both slid over enough on its own adhesive to cover the hole. I used a razor blade and tweezers to re-position them back centered over the circuit board hole. It may well slide again, at which point I'll probably just remove it, but I hoped to not leave the mic exposed.

To access it, I may have taken the long way by following V20 teardown instructions to the point of removing the motherboard, which allowed access to the backside where this is, but at least there's good video instructions to show this process. If it happens again, I'll look closer at if/how the tunnel portion can be removed rather than taking the board out.

Thank you Ed and Milo, just fixed my V20, removed the sticky membrane under square grommet which was blocking mic reception, problem finally solved! Many thanks and praises to you both!

I paid $75 to a company who said the issue was fixed.......2 days later it was doing the same thing. tried this and instant gratification, however i only took the grommet off and not the plastic membrane as it was still intact, the sound quality is back to normal. if this happens again i may remove the clear plastic under the square black grommet. Thanks so much

Thank you Ed for the great description of the microphone blockage and thank you Ifixit for the nice disassembly guide. This is just what I needed to fix my V20.

The voice inlet hole to the microphone may be blocked with lint etc. Try using a vacuum cleaner and see if this clears the obstruction.

DO NOT use a pin or probe to try and clear it as you may damage the microphone which is directly behind it.

No I don't sorry.

This is the best that I can find.

Here is a video that shows the teardown of a LG V20.

Here is an image taken from the showing showing the mic (I think). 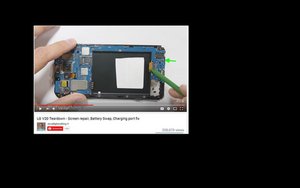 I can't see any "flex cable" in the video/image for the mic so am wondering if the link I posted earlier was for the correct one. (I did say "if this is the one" hoping that you could tell when you opened the phone). You may have a better view when you've dis-assembled the phone to that point.

No, it's not simple blockage. Even if it was crammed full, I'd be able to hear a hint of voice. The only think I can hear out of that mic is a faint tap sound when I flick the mic directly with my fingernail. Can't hear voice at all.

You might have to replace the microphone (if this is the one - example only - search for "KG V20 microphone part" to get more suppliers) to prove if it is the microphone that is the problem or something else on the systemboard, in from where the mic connects

Ordered. Will update once it arrives. Thanks!

Do you know of a guide for installation? Can't find one

Same problem, voice recorder works, no sound from mic when on call. Replaced the mic by the camera, no help. Just received replacement mic for bottom of phone. Cannot find any info on how to replace, tear down today.