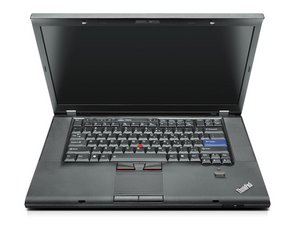 My thinkpad T510 wont turn on

I have a thinkpad T510, and had it for two years and a half. It was working fine ( I usually work with both battery and AC adapter plugged in) Last week, it wont turn on. I hit the power button and nothing comes out of it. when I plug the AC, it the battery button is on. I took it to the repair shop, and he had it fixed he didn't tell me what was the problem (he took the laptop to another shop so he didnt know what was the problem) Two days later, same issue. it wont turn on. What could be the reason?

I've also tried hitting the power button 10 times with 1s interval then pressing it for 30s. still wont turn on.

@nordax since you do not know what and how it was fixed, this could be a bad sign. you should really inquire about what was repaired. Check to make sure that you have power from your AC adapter and that your battery has power. The difference in date could be because it was disconnected from power and never reset. It does not sounds like a CMOS issue since that date would be more than a day behind.

Thank you for replying. I got it fixed. I tried the hitting power button again for 30s and unpluged/plugged the AC adapter and it powered up. I think it's a battery issue. There is a notification on win7 that says I have to replace it.

After it booted, the system still had a date late by one day.