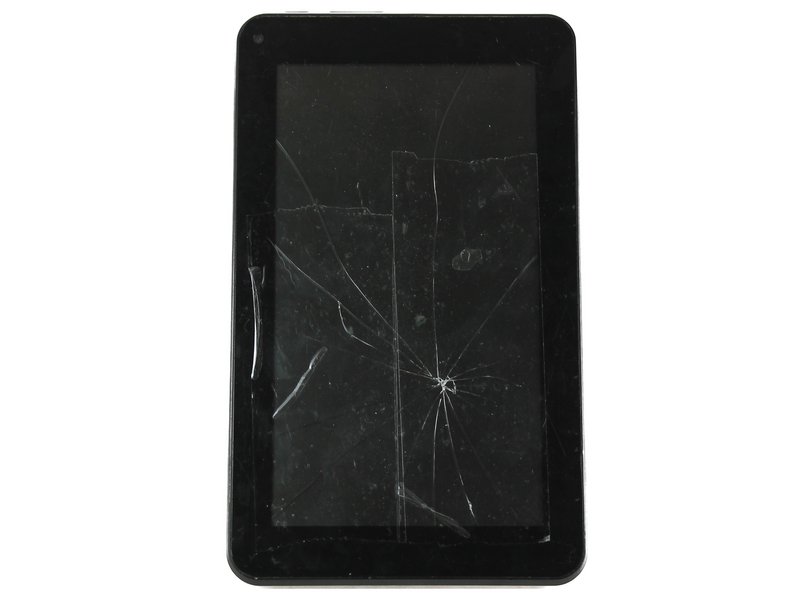 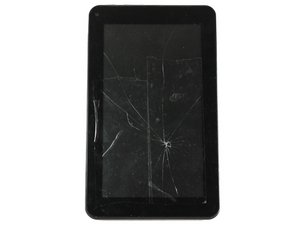 The iVIEW-754TPC is a 7" touch screen Android tablet.

Device will not turn on

No matter what you do, you can't get your tablet to turn on.

If your tablet won't turn on, especially if it has not been used in a while, its battery simply may be drained. Plug the charger cord into the bottom of the tablet and allow it to sit for a few minutes. The tablet should recognize that the cord is connected and it is now powering up. If this is not the case, you may have to replace your battery.

If the battery is properly working but nothing appears on the screen, the LCD display may have failed or become disconnected from the logic board. First, check if the ribbon cable running from the display to the logic board is securely in place and not damaged. If it seems undamaged and properly secured, then you may have a faulty display and it will have to be replaced.

If the battery and display are both functioning properly then the logic board may be the culprit since it passes and processes all information to the display and from the touchscreen. In this case the logic board will need to be replaced.

Your tablet is not recognizing touch input on the front panel.

Loose connection to logic board

If the touch screen is fully connected and still not detecting touches then It is possible your touch screen is damaged or has malfunctioned. You may need to replace the iVIEW-754TPC Digitizer Replacement

Audio not playing from speaker

Your tablet turns on and functions normally but there's no audio output from the device speaker.

Your device may have a faulty audio-out jack. First reset your device to make sure that is no software issues causing the problem. If your device still fails to play audio, you will need to replace the speaker audio jack. If replacing the audio jack does not solve the problem, your logic board will need to be replaced.

When you plug in your device it does not display as charging.

You may simply have a faulty power cord; try using a different power cord and see if your device begins charging. If your device does not begin charging, read on.

If switching the power cord does not begin charging your device, then the power jack on the device may have failed. In this case you will have to either replace the DC-5V port at the bottom of the device where the charger plugs in or use the micro USB port for charging the device.

When opening the camera application no image is displayed on the screen.

If a blurry image or no image at all appears on your screen you will most likely have to replace the camera in your device.

my keyboard will not work, can you help me?

Android keyboard has stopped. How can I get the keyboard working again?