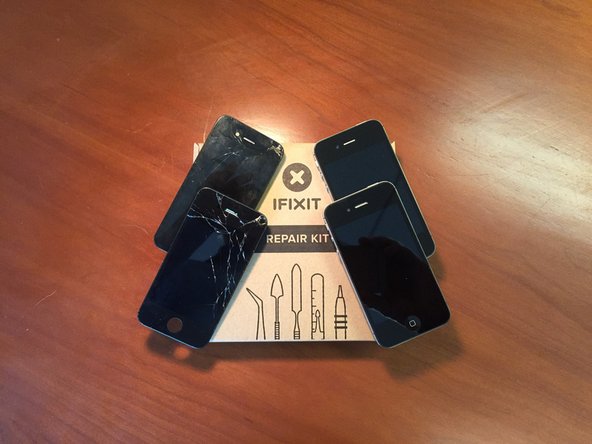 In an effort to cut costs our company did not pay for cellphone insurance as we decided for the best part any damage that could occur to an iPhone, with the exception of turning it into a submersible, could be repaired through iFixit cheaper than the insurance option. From a personal perspective I just get great satisfaction out of giving new life to anything... the older the better, rescuing the planets natural reserves, reducing market retail consumption and saving the craftsman from extinction.

The repair was uneventful. Just so long as a systematic approach is applied with regard to those components removed from the product (i.e screws, brackets etc)so that they are replaced correctly. I am always impressed with the clarity, the predicted warnings and user friendliness of the guides. My first of three screen replacements took a couple of hours mainly because I finished the build only to discover that I had forgotten to insert the rubber gasket for the fascia button and subsequently had to do a complete strip and rebuild. The second build (well third really) took less than an hour and the third (okay fourth) was about thirty minutes... I do confess that I am a little bit of a perfectionist so I am sure my times were on the slow end of an expected spectrum.

The devil is in the detail... it is all too easy to think you know what you are doing and then discover to your demise that you are not the smart ass you thought you were. The iFixit crew provide that detail, so do not waste their scrupulous efforts by ignoring it.