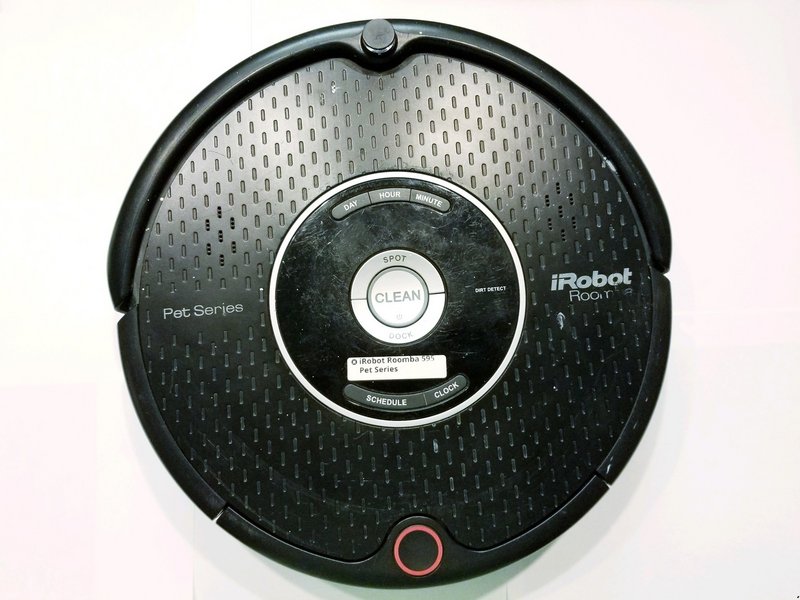 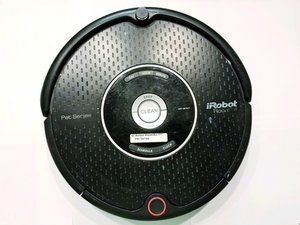 The 500 series was first produced in 2007 and discontinued in August of 2012. The particular model of interest for this page is the 595 Pet Series.

The iRobot Roomba 595 Pet Series is an autonomous cleaning robot that specializes in cleaning pet hair, dust, and various small foreign objects. The 500 series was first produced in 2007 and ultimately discontinued in 2012. This specific series in particular is one of the best selling products produced by iRobot.

The cleaning robot is an entirely black cylinder except for the white color on its clean button , the white circle around the clean button, and the red circle under the clean button. It's length, width, and height are as follows 21.2 x 17.8 x 5.2 in and weighs approximately 13.6 lbs. You can distinguish this device from its other variations by looking at the model number placed on the bottom of the device near the side brush.

It has several LED's installed around it to signify if various things are happening (i.e. if its charging, cleaning. etc.) . This specific model was improved in several important ways to the previous models. It works on all surfaces, is quieter then any previous model, and only requires that you touch (with no further labor on your part) the clean button. This model also comes with several replacements to various things that may need to be changed (air filters, brushes, and virtual walls).