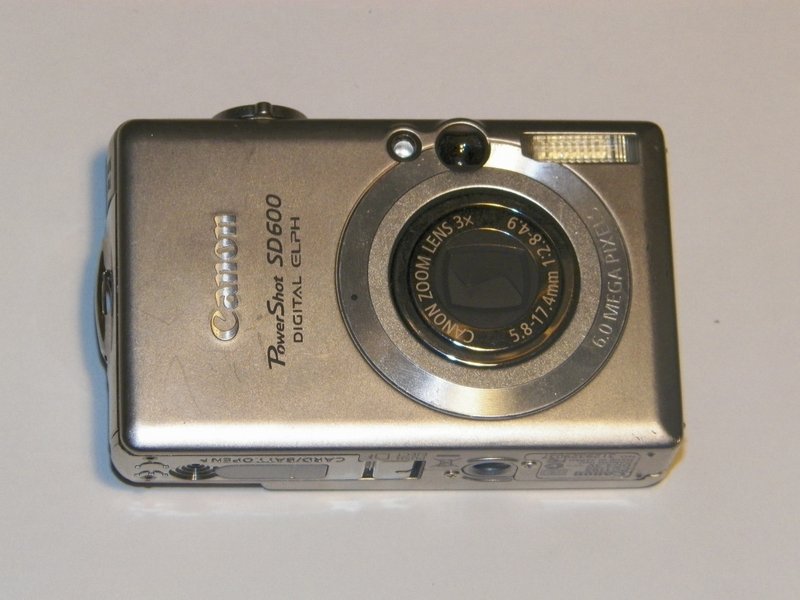 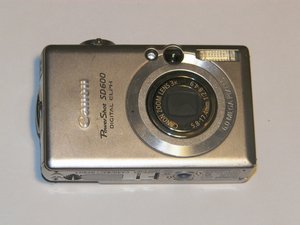 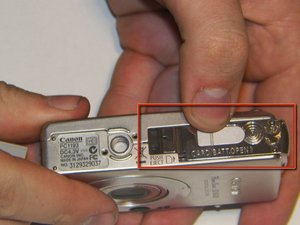 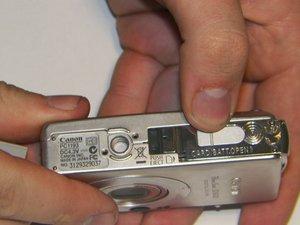 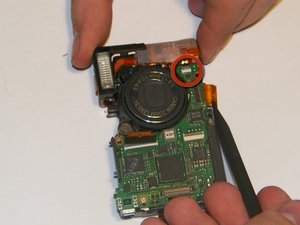 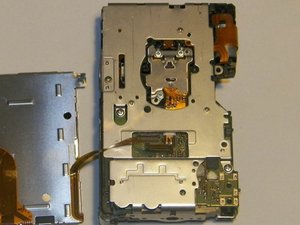 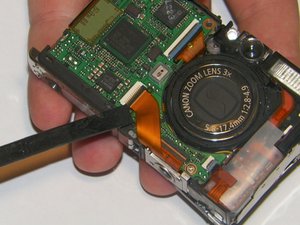 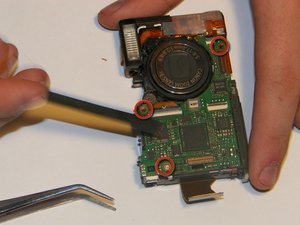 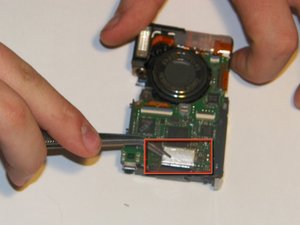 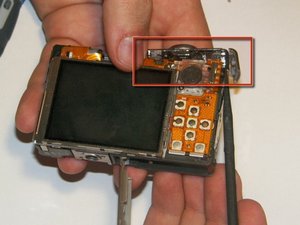 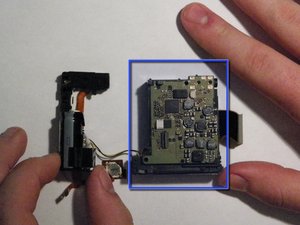 Rear Accessory Board and Battery Compartment 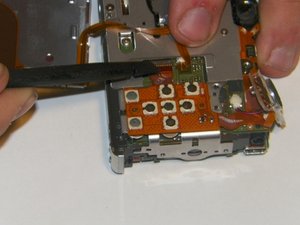 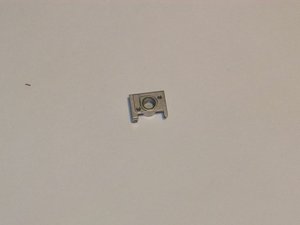 The Canon PowerShot SD600 is a small, lightweight camera from the SD series. The camera weighs just under six ounces (170 grams). The compact, solid body of the SD600 is available in matte-silver. The rear controls of the camera feature simple and functional four-way-plus-okay buttons along with instant access to ISO, flash, macro, burst and shutter settings. These controls also contain the display button, menu button and the print button. In addition to the rear controls, the camera also provides a slider to select between shooting modes. The power button, shutter button, and the zoom rocker are located on the top of the camera.