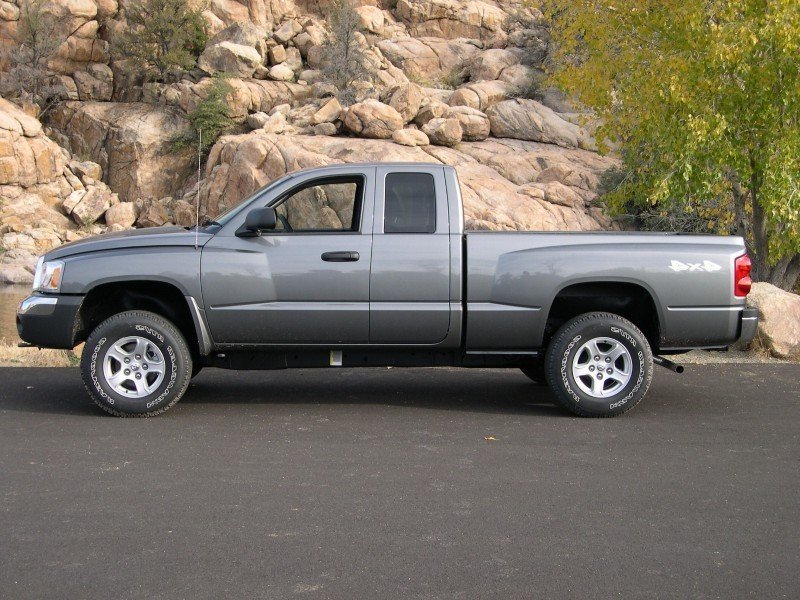 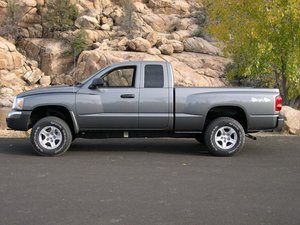 Repair guides and support for the third generation Dodge Dakota (2005-2011). The redesigned 2005 Dakota shared its platform with the new Dodge Durango SUV (which is now similar to the Ram platform).

Dodge Dakota was Dodge's attempt to try and get in on the compact pickup market to compete with the Toyota Tacoma and the Nissan Frontier. The first generation was produced from 1986 to 1996. The Dakota was the first pickup truck with rack and pinion steering for 2-wheel drive only, and in the early years, was available without power steering. Overall, the Dodge Dakota had a pretty simple design with a long nose and a large load bed.

From 2005 to 2010, the Dodge Dakota had three basic models, the ST (basic), SLT (mid-level) and SLT Laramie. The Dodge Dakota got a redesign in 2005 and shared its platform with the Dodge Durango SUV. This model was longer, wider, and featured new front and rear suspension and reverted to five-lug wheels versus the prior generation's six-lug wheels. A V6 and two V8 engines were available, and only the club and quad cabs were offered.

After 2010, the Dakota was considered to be part of the RAM lineup. The Dakota offered the benefits of a full sized pickup but was priced like a smaller truck. However, due to declining popularity of compact trucks in North America, the Dakota was discontinued in 2011. However, it should be noted that it is still sold as a RAM 1200 in some Middle Eastern countries.