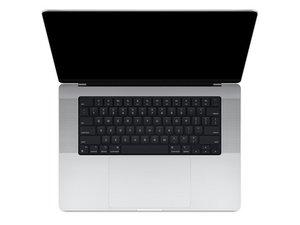 the title says it all. I saw a glitchy pixel line at the top flickering a few seconds before the screen was just black. All i have as a second screen is a laggy tv. I obviously restarted already and installed the latest macOS update. I use tools like BetterTouchTool, Alfred and Bartender, if that may cause an issue maybe (?)

It happened after I transported it in a backpack. But this can only be a coincidence, because the laptop is well protected in a special compartmant and i have nothing inside the pack that could pressure damage the display or something. The case itself also doesnt show any signs of cracks, scratches, dents, bents or anything.

The battery is also fully charged and I have never used any third party method to charge it.

During the macOS update the tv got no signal but you could see a very dark and very blurry image of the apple and the progress bar.

Using my iPad in sidecar mode froze the image on the ipad after 1 or 2 minutes. The tv signal was solid though as long as i didnt restart or pressed the power button or something.

In the sea of outdated articles I tried a few things but every restart or long press of the power button results in no signal on the tv. so its very hard and frustrating to not see anything at all.

i dont know what long pressing the power (touch id) button does, though… as i cant seeee it :D

Ive read a lot that this is more often a software issue than a hardware issue and would like to avoid sending it in.

Since I’ve had very good experiences in this forum already, I hope you guys will rescue me once again :(

Sadly, this does sound like a hardware level issue. I'm a bit lost in some of your testing are you able to see a clean image either via an external monitor or remotely to the system? If either work then you have a internal display failure.

I now fail to get an image on the tv aswell. I dont even know if the machine is really booted or not. i cant see anything and cant find out how to restart it by key combinations. Shouldnt I at some point here the famous bootup sound when the apple logo shows?

I can see that the tv gets a signal, but its also black. When I unplug the hdmi cable from the laptop, the tv immediately says NO SIGNAL and starts the shutdown timer.

@katerlouis - Ouch! Then things are even worse!

Yes, you should get the startup bong (unless you turned it off) as this point its clearly hardware. Time to give Apple a call to arrange a service call or pickup if you're too far from an Apple Store.

If you haven't yet, after its repaired I would recommend signing up for AppleCare+ so you have a bit of a cushion as the repair costs of these newer systems is quite high!

Could it be that there is just a connector lose? I remember a viral video a few years ago where a guy fixed a very similar issue in just a few minutes where Apple wanted to replace a bunch of stuff for high cost.

When I rapidly press the power button a voice assistance starts to read stuff very fast :D - so the machine seems to be on.