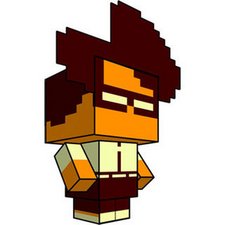 Will Not Power up

Ive researched as much as i could, but their is no problem similar to mine, well not that i could find through google or through any of the questions made on ifixit, i hope you i can get anyones help? it would be much appreciated, i really dont want to move on to the slim 0_0

Im not 100% sure as to how it happened, but according to my little brother who was playing as i was away, played and made an update for MW2, after it had finished, it would not turn back on

PS3 has the red light as soon as i turn on the AC power switch on the back,

As soon as the power button is pressed, it disappears and nothing happens

try turning the AC switch on and off, red light dosent come back at all

After Replacements were made:

AC switch on, Red light would appear, i press the power switch its goes green for one second then disappears and never comes back again

Is it the YLOD?

Is the motherboard fried?

Should i replace each and every part that could relate to the problem?

Any help would be awesome!

http://www.ps3-help.com/activate-ps3-saf... this for safe mode which you haven't mentioned...

Sorry, ive might of missed a few things out,

Once the power button is pressed, absolutely nothing happens.

Nothing shows on the TV screen at all, no sound from the console, no nothing.

Power cuts out completely, and doesn't come back

Thank you for the help :)

I have same problem with ps3 slim what can I do for fix?

I've got the same problem with my ps3 super slim did you get a solution for it please let me no.