So I went to plug in my PSP 1000 and when I grabbed my power cable it ended being my laptop charger, which also fits my PSP. The screen shut off when doing so and I instantly unplugged it then plugged in the normal adapter. The laptop adapter is rated at 20v 3.5A, compared to the standard 5v 2A PSP charger. Now my PSP won’t turn on using the battery, I have to use the power adapter to turn it on. Also when using the power adapter the console will only stay on for a few minutes before shutting down where I then have to remove the power adapter and plug it back in to get it to turn back on. I have tested all 4 fuses on the board, (the 3 on the front and 1 on the back), which all come back good, also I’ve noticed the Super Capacitor on the motherboard has leaked a bit. So I ordered a new PSP battery and Super Capacitor. Now I’m curious, will that be all I need to repair my PSP, or am I going to have to replace the entire motherboard? It’s a Japanese model if that makes any difference, and modded with Infinity.

Edit: Added photos of motherboard. PSP only shuts off after 5 minutes when the WLAN is turned on. 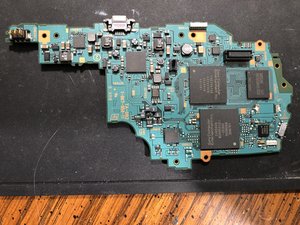 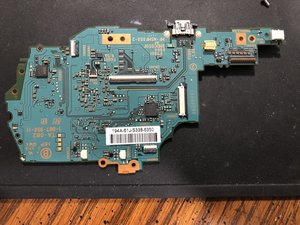 Can you take a picture of both sides of the motherboard as well as the battery and post it here? Adding images to an existing question

It will most likely be more cost effective to just replace the motherboard completely. Personally, I’d try to figure it out but I love this stuff and can spend days on troubleshooting. The satisfaction I get doing board repairs doesn’t compare with anything else.