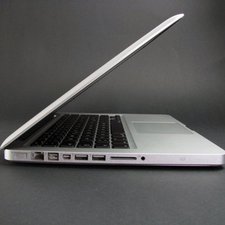 Liquid damage, a lot of stuff broken, still turns on.

Okay, so back in May, I spilled water on my MacBook Air (it was water from my Reverse Osmosis system if that helps).

It did turn off, but I was so worried that it wouldn’t turn on again that I tried turning it on, and it did actually power on. However, the display started flickering and eventually went so dim that you needed a flashlight pointed at the Apple logo on the back to see it.

The keyboard and trackpad did work for a little bit after the spill, but then they both stopped working (haven’t tried in Linux or Windows yet, however), and the KB backlight works. IDK if this is useful or not, but the caps lock light stays on all the time.

EDIT: I added the coconut battery image, it looks like the battery is still in good condition, it might just be that the SMC is all messed up. 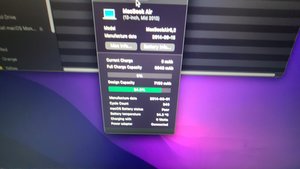 Sadly the systems charging logic on the main logic board and/or battery has failed. Time to visit an independent show who can fix your logic board.

Given What you've stated you likely have some corrosion. Reverse Osmosis systems brine tank uses salt so the water within it is quite salty making it highly corrosive. Here's a good writeup on the process What is Reverse Osmosis? The effectiveness of the given system might still leave a bit of salt in the drinking water.

Basically, you'll need to fully remove the logic board and make a detailed inspection of it to see how badly it's damaged.

But I would first get the battery checked as there is a point the costs are more expensive than replacing the system.