two GPU options for my iMac

Why are there two GPU options (HD5670m and HD5750m) for my iMac and which of the two is best to use to replace the stock GPU. (btw which is the stock GPU?)

Thanks again Dan u are a real treasure! 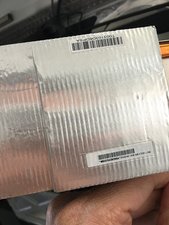 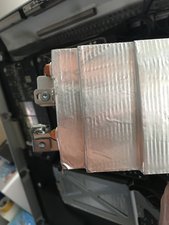 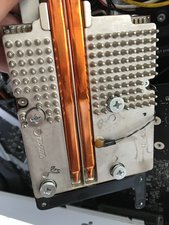 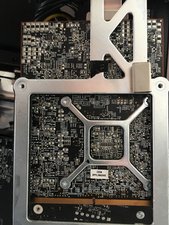 The label Broadway implies you have a Radeon HD 6970M board which is not the original GPU board.

So I'm assuming the video has failed as that's a common issue with this series.

When you bought your car I’m sure you had a choice between a few different options! Apple does the same! It offered different CPU and GPU options over the years within each model series.

So what did Apple offer here? AMD (ATI)

So if your system is working I would leave it be!

It’s quite a bit of work to get to the GPU board and then you still will need to locate a working part which is difficult these days! An almost 22 year system parts are not easy to locate as the parts have long since stopped being made. Do keep in mind Apple’s part has custom firmware so unless you know how to burn the EEROM on the board you’re stuck looking for an Apple version of the part.

And then you still have the costs and the limitations of this older GPU’s with newer apps!

Depending on what your work flow is, it maybe cheaper to get a newer used system Vs altering this system.