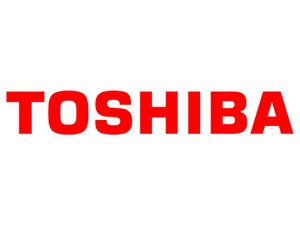 Repair guides and support for your Toshiba TV.

I have a Toshiba FireTV that was purchased brand new in June 2019. Last week, the image randomly started jumping around every two seconds. The image is fine for two seconds, then starts jumping for another two seconds, goes back to normal for two seconds, jumps again, etc (see the video below). The issue normally starts happening after the TV is opened for a while. At the beginning, only the bottom of the screen jumps around, but the whole screen becomes affected after a couple of minutes. The sound is intact and the back light is working as usual.

I never fixed a TV before, but from what I read so far, it appears to be a T cable issue. Before purchasing a replacement part, how can I be sure that the T cable is at fault? Lastly, where can I purchase a T cable for a Toshiba FireTV? I can’t seem to find the part number anywhere.

Final update: I fixed the TV!

For anyone who may stumble on this thread in the future while experiencing the same issue, here's what I did to fix my Toshiba FireTV.

Watching ++this tutorial from FrugalRepair++ was very helpful to temporarily improve the jumping image.

As I followed his steps, I unplugged one ribbon cable at the time from the T-CON board to figure out if these components could be at fault. The image was still jumping when the right cable was unplugged, but the issue fully disappeared when the left cable was unplugged. Thanks to this quick test, I figured out the problem was most likely coming from the left side of the T-CON board.

I then followed the tape cut off method as instructed in the video tutorial. To be honest, it was the most tedious part of the process! I spent close to 8 hours trying different combinations of tape VS. free clock pins to see what would improve the image. In most combinations, the image would appear normally after turning on the TV, but would start jumping after 10, 15 or 30 minutes. A lot of time was wasted waiting for the issue to show up haha! If you want to try this method, having a magnifying lens and washi tape will be very practical. You can use the magnifying lens to makes sure the tape only covers specific pins. As for washi tape, it's almost the same thickness as clear tape, but it's much easier to cut and manipulate (especially when strips need to be 0,5mm large!)

In the end, blocking clock pins 1 and 2 on the left ribbon cable gave the best results, although they weren't perfect. Thin black horizontal lines would appear every 2 seconds on the whole screen. It also seemed to interfere with back lights because black shadows appeared on the left side of the screen too. At least it allowed me to watch TV for up to 3 hours at the time. After this period, the image would start glitching too much.

Clearly, the tape cut off method wasn't enough for my needs, so I ordered a brand new T-CON board as well as two extra ribbon cables on Ebay. In a normal world, I would probably have began with new cables only, but since my area is currently in full lockdown and all stores are closed, I ordered everything at the same time. While taking the exchange rate and shipping in consideration, they cost me around 35$.

Three weeks later, I finally received the components. Replacing the T-CON board was a breeze. You only have to remove two small screws, unplug two ribbon cables and one LVDS cable. After replugging everything carefully, I turned on the TV. Drum rolls... The image is normal again! It's been working for a few hours, but everything works fine for now. Hopefully I'm not speaking too soon haha!

If you encounter the same issue and are a patient person, it's definitely worth trying to fix it yourself before purchasing another TV. If I could do it without any prior experience with electronics, you should be able to do it too!