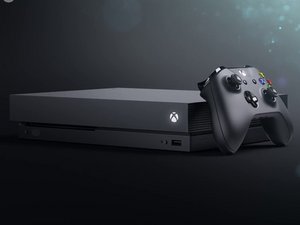 Why does my Xbox One X keep freezing?

I purchased an Xbox One X off of eBay for 90 dollars. The seller said that the Xbox will freeze while playing games. I got it and started playing with it to test it out and it appears to freeze while playing physical disc games and downloaded games. At first it seemed that all downloaded games were working fine, which lead me to believe the optical drive was messing up on physical discs. But after downloading forza horizon 4, the game would allow me to get to playing and then about 30 seconds in, it would freeze and exit the game to the home screen. I tried the method of holding the bind button, disc out button, and pressing the power button to reset the console and this stopped the issue. I was able to play forza for about 3 hours. I turned the console off, then got home later and booted it up again and the freezing started over. I am unsure how to approach diagnosing this issue. Any suggestions?