The worst thing happened to me, when I managed to spill some tea into my MacBook Pro 16'‘ (I wrote a song about it, coming soon!

I immediately put it into a tent position, and tried to dry it, then drove it to an Apple Store for diagnostics. The diagnostics revealed there is no water damage on the logic board, as I turned it topside up right away, there was some water in the trackpad and keyboard, but nothing too serious, and my computer is running fine.

ACCEPT - me turning it into a tent position caused a huge water blotch on the left side of the screen. I found some forums, suggesting to run a python script and warm up the screen, and that it would dry on it’s own. I run folding at home at 100% CPU usage for most of the time now, and I have the screen facing the heater, and the spot is dramatically reduced.

However! - It led to a kind of strange effect, as most of the water evaporated, there are no signs of it when looking directly into the screen. When I tilt the screen, or look at it at an angle, there are bright spots left after where the water had been.

What do y’all think? Will it blend? (will it dry) or is there any way to fix this?

I also found an article here, on how to replace the screen (of a non-retina Pro), with heating the glass, using suction cups to lift it, and change the screen - do you think it would be beneficial (and possible) to do the same here, with me not replacing the screen, but gently blowing air under the glass to dry? Do you have any other suggestions?

Pictures attached, the situation now, and the original spill 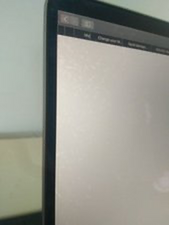 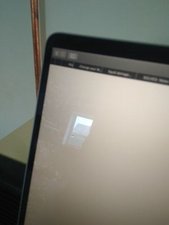 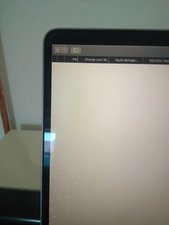 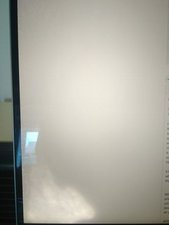 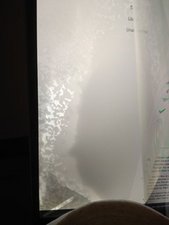 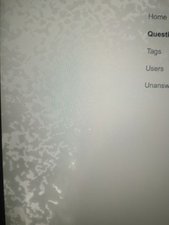 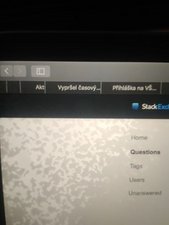 Hello There! I just had a similar situation right now and I am a little worried this may be a lost cause. Since this post have you noticed any good signs of it disappearing and improving ?

well, it got a lot better since then, but there ale still some smudges in the lower left corner. Do not lose hope, yet do not count for the best. :-)

Hey, any news on this? How did it go?

Not too much news. I am still left with a bright spot in the lower left corner, but it is slowly going away. In places where the liquid dried, the bright spots are getting less and less visible when viewed from an angle, to a point that it is basically unnoticeable until you focus on it. I hope the lower left corner dries completely as well, and if it does, I personally would not consider the screen damaged, at least so far as I need to use it.

having the same kind of trouble?

Right now I am facing the same issue,Csn I use it with spots on or will it have any future effects?

Sadly, there is nothing you can do here to fix this. By chance did you sign up for AppleCare+ ?? If you had Apple does offer people a reduced price for repairs under it.

While not overly hard you will need to replace the entire display assembly as the display in this series is fully sealed! The area where the moisture was is in fact behind the LCD panel within the light dispersion sheets. What you are seeing is what was in the water after it evaporated. Your drink was not pure H2O it was made up of tea, sugar, lemon or milk all of which are solids and even the water used to make the tea have minerals dissolved too!

Here’s a view of what makes up a MacBook Pro retina display sheets: 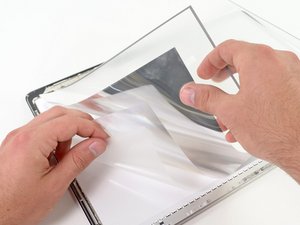 “Diffuser and prism films evenly spread the light to create an even backlight for the display panel. A stationary polarizing sheet then works in conjunction with the liquid crystals to block or allow light for each pixel”

Basically, the liquid wicked up between the sheets.

Clearly this is not cheap! Maybe you’ll need to live with it for awhile, hoping a cheaper used part becomes available.

While this is for the 15” model, Apple really didn’t alter things in the 16” models, here’s the steps to install it: MacBook Pro 15" Touch Bar 2018 Screen Replacement

Awesome! Thank you for the answer!

Can I have an extra question regarding it? they are quite blasphemous, so please have mercy on me.

1) I can live with it for a while, however, I am wondering. If this is a problem of things "behind" screen, would it be possible to disassemble the laptop, separate the screen and "wash" it in distilled water in a clean environment? I know these screens are not waterproof, so submerging it into destilled water, and then letting most of it out should allow the water to at least diminish the number of particles and minerals present, right? Then the screen could dry for a week or two. I guess it would however corrode anything not corroded yet, or otherwise destroy the screen - I am just trying it.

2) Would it be helpful, if I disassembled the screen and blown some compressed air Into it, trying to get rid of these parts? what is the danger here?

3) Would it be possible - and I know probably not - to change it for the mini-led screen when that one comes around? I know apple very much does not like any altering to the devices, I am just trying it.

Thank you for your answers!!!

This gets into how to open a common egg without damaging any of the shell! Even All the kings men couldn't put Humpty Dumpy back together after he fell from the wall ;-}

Apple did a great job making the display impossible to open without breaking it. It's glued tight!

1 - Yes you can take the display assembly off but what then? Can't open it to get to the staining. Dipping it into distilled water won't help as you are assuming the water will find the same pathway your tea did and even if it did all it will do is spread the mess as the dilution won't remove what's in the water when you force the evaporation again. It just will be a thinner coating over a larger area. And as you are now using a lot more water you have a lot more the dry out. You really need to mop up the water before it hads a chance to evaporate, which you can't.

2 - Blowing air won't get between the sheets where the deposits are and the spots are now dried like paint air won't move them. Even the force of a jet engine won't change things here.

3 - Sorry my crystal ball's light just blew! You'll need to wait until I get a new one. I have no way of knowing what Apple has in store for us in their next series.