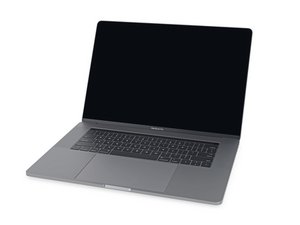 My screen is flickering and glitching, anyone encountered this?

Anyone encountered this glitching/flickering screen on their 15” MBP 2016 w/ Touchbar (see video)?

It seems, the problem appears when I’ve been using my laptop for a very long time (like almost the whole day) and only when I use softwares like Photoshop, Final Cut Pro, or when I’m watching YouTube or streaming videos. But when I close the lid or restart the glitching disappears, before it reappears again after a few minutes. It gets to “rest” overnight. Then same problem when I start using the laptop again the whole day.

Normal computer use, typing and browsing doesn’t seem to make the glitching appear.

I don’t know what this is and it only appears on some occasions. I brought it to an Apple service center and they advice me to observe it for now because they’re not sure if they could reproduce the problem.

I just can’t figure out what’s causing this!

Same exact issue. And ofc it happens during this pandemic when im home all day..

So after months of looking for a fix, I finally went to Apple. The problem is apparently called “distorted screen display.” Apple didn’t tell me what caused the problem or what exactly is the problem. The technician said it might be a manufacturing defect. Unfortunately, the only way to fix it is with a screen replacement. :-(

So why is this important? Basically, its a matter of heat! While the performance of the intergraded graphics is not as good as the dedicated GPU which runs hotter, the amount of heat that can buildup within your system can cook things! All of Apples newer system have a an issue with the T-CON board which instead of being placed in a location which tends to be cooler they placed it very close to the CPU/GPU’s heat sink system so if the fans fail to cool the system the T-Con can be damaged by excessive heat!

So what to do? First is make sure the system is clean internally of dust (case, fans and logic board). The next is to install a good thermal management program like TG Pro which I strongly recommend! With it you can see what the sensors are sensing as well as push the fans harder when you have set a set point or when you need to make sure your system is at its best cooling (turbo). You also need to make sure the vents are not blocked. Don’t use your system on a bed or other cloth surface.

I would also make sure the drive has enough free space. SSD’s while fast also have housecleaning tasks which can cause the CPU and drive heat up when there is not enough free space. Ideally, You want to have as a minim 1/4 of the drive empty (more if 512 or smaller - 1/3) and you’ll want to reduce the amount of apps open at the same time. As an example Chrome is a memory hog! And when memory is lean will leverage Virtual RAM which is space on the drive to emulate RAM. Photoshop and other graphics apps also leverage scratch space which again uses the drive. The more free space you have the better! As an example I have a 2 TB SSD in my 2013 Mac Pro which I use photoshop and the images I work on are quite large, I need about half of the drive free fo me to render and I’m not running anything else on the system (dedicated to image work)

I tried the cooling the laptop when the glitch appeared. It seems like it's not the temperature. It woud reach 51˚C sometimes the glitch would appear, sometimes not.

When it appeared, I tried cooling the laptop down to around 48˚C with a fan and jacking up the internal fan to 4000k+ rpms. The glitch is still not there.

I quit Photoshop and the glitch stops.

Sadly, its time for a new display assembly!

Sir, I have this exact same issue. I have been searching for someone with same problem for months, I even got support for this and they told me this was related to a failing screen, but I didn’t take that info as certain. I had my hypothesis about the source of the flickering and concluded it was heat as Dan says. I’ll try purchasing TG Pro as he recommends and see if it works. I hope your computer got a solution or maybe a replacement, thank you really much for sharing this issue so I can try to solve mine as well. Cheers.

I have SMC fan control and I monitored the temps. It's not heat. The flickering happens regardless of the temp. In addition, if it was the temp closing the lid will not (temporarily) stop the flickering.

I also called customer service. They told me it's a hardware issue. Though they didn't tell me which component is faulty.

Let me know if you find out something. I'll also let you know if I resolve the issue.

@ponglizardo - Once the T-CON board is damaged its toast! So sure your testing will show exactly this reaction. Thats what I saw too! So closing the lid and re-opening won't change the damage that's already happened.

The best test would be to plug in an external monitor is the image clean on it? If it is you've removed the main logic boards CPU graphics and then running a heaver graphics app will remove the dedicated GPU logic. That leaves the internal display.

@danj I already tried this and got my computer connected to an external monitor. Connected to the monitor, the flickering disappears. I also bought TG Pro and this process didn't solve anything. It's true I can control fan speed and all that stuff, but my screen still flicks when the computer performs heavy tasks. This logic board I currently have was replaced completely at the end of last year and I got this issue again just a month later. I took the computer with some videos proving I had an issue again and they told me this was screen related. I didn't go to an Apple Store itself, I went to an Apple Authorized Service Provider because there's no Apple Store here where I live. Let me know if you get any solution for this, I'd like to know if this issue is a logic board problem or a screen problem, thanks.

@Alan Naïve - Sadly, if an external screen shows a clean image then it's the internal display that needs to be replaced. Once the T-CON has been overheated so the logic is damaged there is no way to prevent the damage. It's always a gamble if the damage is permanent.

Once you get a new display pump the fans up when you are running a heavy process using TG Pro to turbo it!

GOOD NEWS GUYS! I got my MacBook Pro back from the shop! The problem:

A screen manufacturing defect from LG (the company who produces the screen for Apple)! The technician said the problem was the screen’s board–I assumed it’s the TCON chip??? What happens is when the computer heats up the defected board starts to show this problem. That’s why some Macs don’t suffer from this issue.

Good news is this repair shop I went to was able to fix this defective chip. I DID NOT HAVE TO REPLACE THE WHOLE SCREEN! They were able to fix the board for a cheaper cost of a screen replacement! :-) They also reinforced my flex cable. They said this may prevent flex gate.

The bad news is, they said that this fix have a 50-50 percent chance of success. They have units that were fixed and there are some that returned to their shop for a screen replacement. So we’ll see how this fix holds up.

And by the way, I bought these. So I could have some clearance at the bottom of my laptop. Hope this helps with heat dissipation and makes this fix successful. 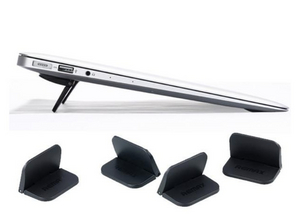 Good news, pal. Where did you go and how much did you pay for the fix?

It was a local repair shop that specializes on Apple products. Cost around $150 (so I took the 50-50 chance of success). I think that's better than paying $400-600 for a screen replacement.

I also now use SMC fan control. I blast the fans at maximum whenever I work.

Ooops. Looks like I spoke too soon. The solution didn't hold up. So I would have to replace the screen. Unfortunately. :-(

@ponglizardo Bro, no way. So sad to read this.

@Alan Naïve well, the only consolation is I have access to cheap spare parts like this: https://www.lazada.com.ph/products/lcd-s...

Just sharing this video I found. Apparently, you can fix flexgate issue just by replacing the cable. I just don’t know who can do this. It seems like a complicated process.

This is to fix the FlexGate problem which it the backlight. And Yes! Its not for the faint of heart!

Here's the cable involved MacBook Pro Retina (2016-2019) Display Backlight Cables And its not something I recommend to attempt unless you really have good soldering skills.