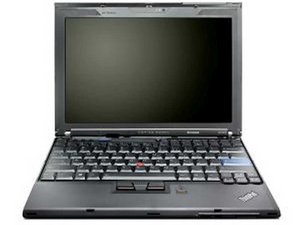 My beloved Thinkpad X200S seemed to give up yesterday.

At first it was unable to boot the Linux OS running on a brand new SSD. I could enter the BIOS, but beyond that I got stuck in a blank screen. The fan was turning, lights were on, there was no error messages or beeps.

I tried removing the two 2GB RAM sticks one at a time, also swapping places. I tried resetting the BIOS to default in the menu. I tried unplugging and replugging the CMOS. I tried booting from my old HDD. I discharged the battery several times, also tried an old original battery. I tried waiting 30+ minutes for it to boot. None of this changed the outcome. Still stuck in a blank screen unable to acces grub or OS. Trying to boot from several different live USBs gave the same results.

Now I cannot even acces the BIOS, in stead I am presented with the Intel(R) Boot Agent. When I try to move on by hitting the 'save and exit' (F4 i my case), I get back to the blank screen, but this time with a single beep. According to Lenovo support pages, this would indicate a problem with the LDC connection or the systemboard.

I suspect that the problem is in the harware and that I might have done things worse by trying to fix it on my own.

Any ideas from you experienced people? Would you try other things or just give up this old machine?

The battery has been loose the last two months because the lock pins stopped functioning. The battery did slide out a couple of times while the laptop was running leading to sudden shutdowns. What damages could this lead to on hardware?

I have tried searching this topic but didn't find anything. Help is highly appreciated if anyone would be so kind as to point me in the right direction.

I certainly wouldn't just give up - not yet, anyway! There's not much damage you could have done by trying to fix it yourself. First of all I'd simply try disassembling it, reseating all the cables, and putting it back together. I'm not sure what they mean by the LDC connection.

Thank you for your comment. I did try that as far as I dared to go. Didn't take of the screen though. I will try and check the booting with an extern monitor when I get the chance, otherwise let someone more experienced have a look at it.

If initially you are able to load Dos but not now you can just restart your system and enter BIOS and load default settings. save and exit now again reboot into recovery mode and navigate to hard disk options and then switch over your hard drive to the new existing one. now save all the settings and reboot system while pressing F8 continuously and check for the new upcoming issue.

I am not quite sure I understand but I will read more about your suggestion and try it out. I will also try to see if I get any visuals with an extern monitor.

Okay so Dos seems to be another word for operating system.

Both Dos and Bios is not loading at all.

But thank you for your suggestion!

BIOS Utility is entered by holding F2 while the ThinkPad logo is displayed after powering on. Enter setup by pressing CTRL+Alt+F11 from a DOS prompt (you must be in DOS mode, not a DOS session under Windows). With the unit powered off, hold the F1 key and power the unit on. Keep F1 held down until Easy setup appears.