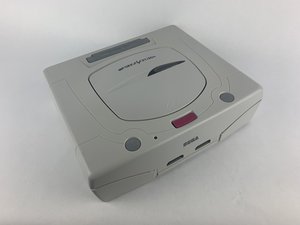 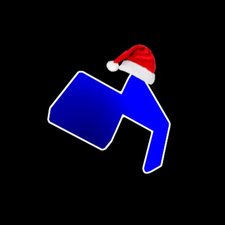 I have a PAL Model 2 Saturn. Not sure what VA is this, but it's one of the later models, because there's no 3.3v on the PSU.

About a month ago, my Saturn's power supply died. No chirping, no weird sounds, no degradation of performance, nothing. One day it just wouldn't turn on. Turns out it was the AC/DC transformer on the board. Nothing I could do, so with help from my family, we went the DIY route. We bought a custom 5V power supply, and hooked it up to the console. (On a side note, you might be wondering why am I not using the 9V rail. Turns out you don't need it, it's just used for forcing the video output to 4:3.)

When we booted it up, it did work... Until 2 seconds later.

The console froze at the startup animation, and the audio started looping. With some troubleshooting we found out that, of the 5.05 V the new PSU generates, only like 4.8 were being brought to the console. Using shorter cables bumped that up to 4.98, almost perfect, and it became way more stable, to the point I can play some games until the end.

But it's still not quite there. On certain games, like Panzer Dragoon Saga, it can freeze while exiting from a battle. Not sure if it's because loading data requires more power, or what could be causing it.

We recently readjusted the laser, so it shouldn't be a problem.

So I just need a quick answer. Can this very small lack of voltage (0.02V literally) be causing this freezing issue? Or is it something else?

The thing about the Saturn, or any electronics for that matter is that the voltage has to remain at the constant that it needs, or certain areas will not work as there is enough electricity, but not enough force to ensure an equal amount of power is distributed. Also did you replace your PSU with a similar one from Yamaha? Or did you use an aftermarket? I know these power supplies are in limited quantity so it is an issue. Some have resulted in replacing caps, or other methods. I love the Saturn, but I do wish they used an external power supply to avoid this problem.

sorry for not updating on this topic. The power supply has been replaced with a third party, external PSU. Soldered the cables directly to the pin header, because apparently even the power button was causing some instability/voltage ripple. The console's working as intended, with the only minor catch being that it turns on automatically as soon as it's plugged in.

The problem is the button was connected directly to the old power supply and your new external one does not connect to the button. The cable that was connected to it was what would be defined as the switch to turn it on. Since the cable is too short to connect to an external power supply, as of now the Saturn will only turn on and remain on infinitely, unless a different type of switch is put in place. I do not know how to fix that issue, but because of this new supply, and the button not controlling directly from the Saturn's mainboard the only thing that can be done is plugging and un-plugging it when not in use.