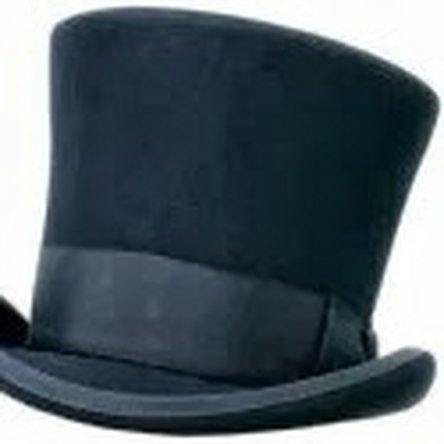 What CPU should I upgrade to?

For some of you this may make your day (as a joke). But, please withhold the laughter until the end of the post. While reading this guide recently:

I looked at the possibility of doing yet another project in the future. My funds are currently a bit low (only 400 USD available), so this will take a while to do as a project. I originally wanted to do a performance-boosting upgrade. Using the parts below:

I could get the iMac running almost like new again.

UPDATE :: I did some more research during the off-month. It is most likely the CPU that I should swap - not the logic board. Many of the iMac models that came out just before (2004) and just after (2008) my iMac appear to use ZIF sockets for the CPU mounts. On the surface, this could be mistaken as implicit compatibility for any CPUs used in the ZIF-socketed models. However, my research also revealed that there may be multiple versions of the ZIF socket. Furthermore, Apple was frugal with the white 2006 iMacs - shoving Intel Mobile CPUs into them, rather than full-fledged Intel Core desktop CPUs:

The first listing is for the CPU that currently inhabits my iMac, while the second one is for a possible upgrade candidate. In addition to this, I still have yet to look into what I may need to do with BIOS/EFI, and whether my motherboard can work with a newer CPU (outside of socket compatibility). With this said, I now have two main concerns that have to be addressed when choosing any further upgrade candidates:

Some sources, however, suggest that all of the ZIF CPUs from the 2006-2008 era are compatible. Since I don't have any concrete idea of what to purchase yet (beside maybe some more thermal paste), I have compiled a list. The upgrade candidates I am looking at currently are the following (still mobile/laptop CPUs ):

Please note that, of the CPU candidates listed above, the least-likely choice is the Core 2 Extreme. While all CPUs listed above were given the mobile-ZIF treatment (Core 2 M), the Core 2 Extreme initially used a Socket P - not a Socket M. The same goes, in a lesser extent, for the T7600G. Another source I've found also supports this:

But, I wanted to come to you guys first - do you have any suggestions for what I should do next?

P.S. I got my hopes up looking at this:

Not expecting that to work for me either (unless using MPF).

P.S. The Mac is currently running with 2GB DDR2 SODIMM - another testament to Apple's use of mobile CPUs in the iMac. Might be running OS X Lion in a few days...

The CPU you want to upgrade to would only giv the system a .16 ghz boost so it's really not worth the money, get a CPU that is 2.40 at least.

I apologize for taking so long to get back here. From what you have suggested, I should eliminate the T7600, correct? Should I remove the T7600G as well?

It would appear that Socket-P is incompatible with Socket-M. Therefore, the T7600G is possibly the best purchase option.

Time has run short. The iMac is up for sale.

I do this a couple of times a year. Did it last month on a MacMini single core. But it is not the logic board you want to change out, but as your first link goes into, the CPU.

Exactly which machine do you have now? To get that info, plug your serial serial number (from the bottom of the stand) in here: http://www.everymac.com/ultimate-mac-loo...

Hello? I apologize for the initial 6-day gap in my response time. I have the 17-inch iMac listed in the OP above. Should I attempt to replace the CPU, or is it unable to be upgraded any further? Your continued help will greatly appreciated. I edited my OP above to reflect some of the research I did during my off-time...

This is not yet confirmed. However, I will be making a move on this quite soon. I have come to the current consensus that I should purchase the following:

If this sound like a bad move, please say so. I am planning this as you read this...