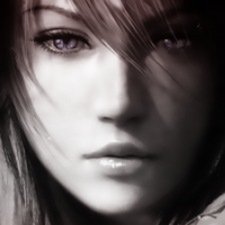 Keyboard backlight dimmer only on some function keys

So I've got a very weird issue. And I'm curious if you guys think it could be the keyboard itself (maybe it needs replacement) or maybe something else.

The issue: the backlight on some of the FN keys is dimmer compared to the rest of the keyboard, or the FN keys next to them.

But here's the tricky part. It's only one in two keys that has this issue.

There is no functionality issue with these keys. They all react properly. It's just the backlight that's weird.

Any idea what could cause this? I've never seen this issue before. I was hoping maybe one of you guys had.

Also, for as far as I could see on the internet, the liquid damage affects the keyboard in a different way. The keys in the middle of the keyboard light up more than the rest of them. It's not one every two keys. And only the function keys.

The laptop is not new, is not under warranty. And to my knowledge, it has no liquid damage.

Here's a picture of the issue. 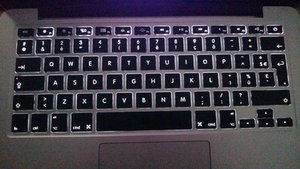 Fixed by readjusting the backlight flex cable connector into its socket. Yeah, that easy. 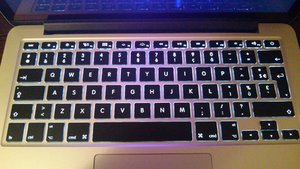 Order a new keyboard backlight, this is the individual part which lights up behind the keys. Chances are, a couple of LEDs have failed, or the backlight sheets are messed up, probably from minor liquid damage directly onto the keyboard.

Make sure you order an original new (or used) backlight, with the silver backing. A lot of places sell copy backlights (with white backing) which will have uneven lighting also.

After trying a backlight, test it to make sure it is fine before completely reassembling it. Could be gunk behind the keys, so might be worth popping a dim key off carefully and checking.

Thank you so much for your reply.

Checked for dust/gunk under the keycaps. There is none. Also, it would be a pretty huge coincidence to be stuck only under those specific keys, don't you think? :)) I already ordered a keyboard. It says it's NEW and OEM... But it's not with the backlight sheet. I ordered it cause I wanted to change the layout of the keyboard. So I was planning on using only the keycaps from that one. But I might replace it entirely if it's the keyboard that's failing. I heard you can order only the backlight sheet alone?

Can you maybe recommend a trustworthy supplier?

Cancel the keyboard if it is not too late. Order the individual plastic keys online, so you avoid the process of pulling the keyboard rivets out, and it is cheaper.

Buy just the keyboard backlight, these cost me about 6$ from China, but if you are just buying the one message sellers on eBay. You have eBay buyer protection this way too.

If there is no dirt under the key, there is no point replacing the keyboard. The issue will be related to the keyboard backlight alone. It is uncommon for individual keys to not light up, but I had an A1286 with the same issue last week :)

Reece, it's too late. I already ordered the keyboard and it's been shipped. I'm waiting for it to arrive. But if you say it's just the backlight sheet that's problematic, then I will order only that... I ordered the keyboard on ebay too. From a person with over 99% rating.

And yeah, I know the keyboard is not screwed in place (it would have been nice if it was), but there are indeed rivets holding it down. Apple classic...

You had the exact same issue I'm having right now? So it's 100% the backlight sheet? Can it be something on the motherboard or a loose connector?

The only other thing it could be is the logic board, but I don't think this could cause individual keys to not light up, since it is just power for the LEDs on the backlight sheet.

It's not. It was just the freaking backlight connector not being properly secured into the socket. Check out the update on the main post.

Thanks everyone for your input.

Exact same problem and fix. Likely common issue as the backlight flex cable is too long and bent in a way that causes a lifting force on one side of the connector. Mine was tilted at probably 20 degree angle when I pulled the back cover off. Here is a pic 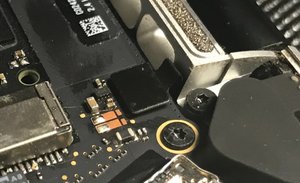 One thing to note on failure is every other function key will be extra brighter than rest of the non dim backlight keys. Connection failure probably gave this rail the power of the dim function key rails.