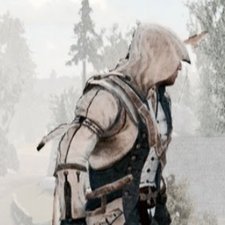 So basically half of my screen flickers faintly and, sometimes when I'm playing a game it has thin black horizontal lines, sometimes with green bits. This bit I have seen sometimes, and I could live with it, but the most annoying bit is when sometimes, the bottom half of the screen that flickers, freezes and is transparent so you can see the current display, but that half of the display from a few seconds earlier. I have no clue what it is or how to fix it. I don't know if it is relevant, but the game I was playing is Assassin's Creed IV: Black Flag, from steam, and I downloaded it a the same day this started, so it might be that but I don't know. I have a few pictures of it happening if they are needed, but I don't think I can put pictures in this description.

Just want to know how to fix it, thanks in advance.

It only happens when you play that particular game? It never cuts out or distorts any other time? What about other games? What about when multitasking? Watching a video?

Ok so I watched a few videos and it was fine, and also played assassins creed 3, which is quite similar, and it was fine. Although I can see faint lines close together on the screen , the same ones as before. The flickering on the bottom half of the screen is still there I think, but less noticeable

Hi have you been able to fix this? My surface pro 4 recently starting having a fuzzy horizontal line across the screen in the middle, which occurred while playing a high graphically demanding game, but now a few weeks later it happens after I use it for a while. If I keep using and see the fuzzy line it grows and then exactly like you said freezes, flickers and is transparent. Thank

Last time i fixed this issue, was on the Surface Pro 2, which was having issues similar to what you are expressing. (the lines had purple in them, not green) I removed the screen, and cleaned out the connections of the screen, and the LCD Flex connector as well, to the motherboard, with Isopropyl 99%. this got the tablet running smoothly.

keep in mind, this is a very difficult repair, as you have to manipulate extremely brittle glass. do not attempt if you are not confident in your skills.

Thanks, I might see if I can bring it into a repair shop or something, because I wouldn't be able to do that at all. I haven't been having the problem recently, mainly because I got an Xbox so I'm playing games on that now.

Just wondering, what do you think could have caused it?

I had to make a new account because it wasn't letting me log in with google, so thanks

the cause can be a bunch of things, from trauma from being knocked around, to overheating the LCD, to maybe a small spill of liquid, or having it in a humid area. so many things can cause it, it is all speculation on my end.