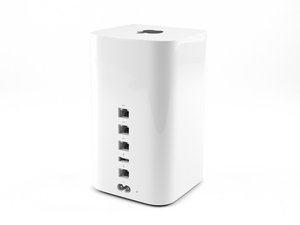 Released alongside the AirPort Extreme base station, this hard drive equipped variant offers 802.11ac speed on a time capsule NAS. 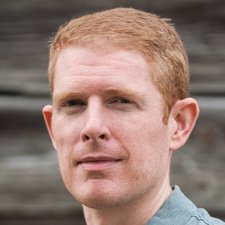 Has anyone successfully repaired a Time Capsule that's overheating all the time? The yellow light is always flashing and when I pull up AirPort Utility it says "this device may be overheating." The device does feel warm to the touch (not hot). I've called Apple and they say they can't fix it and won't replace it since it's not under warranty any longer. I'm considering cracking it open to see if cleaning out dust and whatnot might improve air circulation and fix the problem, but I'm curious if anyone else has done this before?

Over heating implies the fan is not working and/or there is a lot of dust build up inside. Is the fan spinning?

It's hard to tell if the fan is spinning or not. I removed the hard drive and that solved the overheating problem for about 7 days, but it started again recently. I'll have to take the cover off again and try to listen for the fan...

I solved the bad design for airflow with this:

Funny! So instead of replacing the fan you drilled the holes.

mmm,. Then you have either a sensor issue or your drive/SATA cable is having problems.

Others have fixed theirs without to going this far ;-}

The solution is actually easier than you might think, but it requires a bit of skill in disassembling the time machine extreme, a couple of simple tools (something to pry the device base open, a #8 torx bit screwdriver that is at least 6" long, and a bottle of lubricant such as bicycle chain lubricant or something similar).

Use a disassembly guide to get the device torn down. Once you get the internals out, you'll find the fan on one side of the device. It is covered, but you can open up the cover by popping the little clips on the sides of the fan. Once you've exposed the blades of the fan, give it a little spin. You'll notice it doesn't keep spinning. The bearing is jammed. Now here's the trick - grab the fan from the sides, and lift it STRAIGHT UP. It'll slight right off. Now put a drop of oil in the hole the fan blade shaft goes into, and shove the fan into the hole a few times to lubricate it. Give it a spin. It'll spin for awhile. You fixed it! Reassemble and there will be no more overheating!

A few quick additions: When I mention lifting the fan "straight up" I mean STRAIGHT UP from the base. When you open the fan case, you'll see the top of the fan and the blades around the sides. Grip on the sides and lift it straight up from the plastic base it's attached from (don't try to pry it or shove it to the sides). You'll have a tiny bit of resistance (because the shaft is jammed and because there's a bit of magnetism holding the fan in place). This is almost universally the reason this overheating error occurs - the fan isn't spinning or is barely spinning. One tiny drop of oil solves the entire problem. It only takes a LITTLE oil, so be sparing in how you do it (you might even want to lube the shaft instead of the hole). The hardest part of the whole job is disassembling the device, but all-in-all this is a 15 minute procedure and will fix the problem.

Mines have the same problem and Danni solutions works fine. Thanks!!

GREAT solution, appreciate it. Definitely not easy to get into these Airport Extremes, but I managed even with no "specialized" tools (other than the torx screwdriver). Make sure you take the time to photograph how the wire mounts are positioned before you detach them. Also note that the 2 "bolts" at the top of the housing (or the bottom, from your perspective when you are working on the guts) use the #8 torx bit as well, but it is really hard to get down in there unless you have petite hands. Also note that the fan on the model I dealt with had a casing around it that had to be coaxed off first, by gently unlatching it in 4 places. But it was all so worth the effort to see that green light burning steadily all the time. This solution was also so much better, I now realize, than others I've seen where they drill holes all around the casing to let extra air in. Appreciate the advice, regardless.

Many Thanks! Worked for me also.

On more note. My Airport Extreme worked good and quite, but once in 40-60 minutes reboots and fan spins loudly. I have checked AirPort MacOS App ->Base STation -> AirPort Analytics. There I have found "Bad Fan Latched : 1" and abnormally low RPM. That's how I found this issue.

I just replaced the PSU and updated firmware, but the flashing yellow light with warning came up for a moment.

I've cleaned the fan and it is working perfectly.

I suspect there is a firmware/software issue that Apple hasn't identified yet.

I replaced the PSU and cleaned i did a factory reset and re-updated, but all to no avail.

It now works OK for a time, then signals overheating, then the fan revs up to full speed which then cools it down. This cycle repeats. I also separated and enlarged the vents for in-coming and out-going air, so perhaps it's just a buggy example.

In this video demonstrates the entire process for opening the time capsule (careful removing the connectors) including fixing the fan and the intermittent amber light.