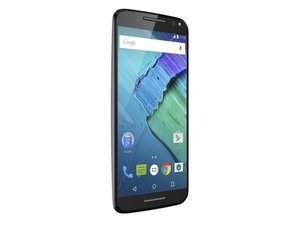 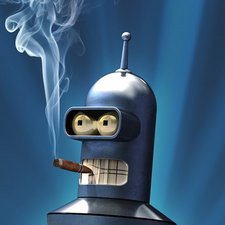 Why is there a white spot on my screen?

So my father sat repeatedly on purpose on my phone, after that I noticed a white spot on the screen. It's nothing, barely visibile, but every time I see it I feel terrible. Is the screen broken or is it something else?

White spot-> those pixel are always white, on a white screen, those are noticeable because are even whiter.

Thanks you for your support,

Based on the photos it looks like there may be something pressing against the back of the LCD, causing distortion on the display. It may go away on its own, but even if it doesn't it shouldn't spread to the rest of the screen (I don't think). If you wanted to fix it, you'd have to open it up to try to remove the object pressing against the screen, but you're likely to do more damage than good, since this is fairly minor right now.

You're absolutely right, indeed if I try to press vigorously on that spot, the screen distorts itself!

I think I'll follow your suggestion and leave it there for a while!

Thanks for the support,

Even I have the same issue... It was on the middle of the screen on my first moto x style... Got it replaced... Then on the second one at the left to corner there is still a slight white spot if we really be able to figure that out...

If you're practice and equipped I'd say to try open it, but tell you what man, after a few weeks I don't even notice it. Just get used(ofc if you're planning to sell it, it's a different story).

Im having same issue on my new moto x style...Will it spreads eventually.. or remains there itself

No, don't worry. After a while you won't even notice it.

I had a ASCEND MATE 7 for a while and after about two months got wild white patches on screen, sold it by the way and bought a new one. This new one even had brighter patches from the beginning!

Got this one replaced with MATE 8 by the warranty (yeah, they gave me the MATE 8 instead for whatever the reason!)

I'm now useing it for about 2 and half months and again I got white patches almost in middle and bottom of the screen! What the !&&* !?

I think this is the problem with internal batteries, as they are poor quality and after some time of use the battery's pressing against the back of the LCD ... and the whites appear

I have got replaced screen dispaly of Samsung J7 2016 but after couple of days at left bottom corner of screen some greenish spots appeared and it is keeps on increasing slowly day by day, can any one has idea of whats the problem?

I have this too. After replacing my Moto X Play screen.

If I apply pressure on the ack it only distorts the screen where the white spots are. Proving Sam Lionheart's theory.

Gonna poke bout and see what's stabbing my screen in the back ;)

I had this problem with lg stylo 4. I was keeping a small flat key on the back of the phone under a protective cover. A white spot half inch diameter appeared in the center. I understood what was happening when some people talked about pressure on the phone. When I opened the cover and removed the key the spot disappeared progressively. Initially when the key was put under the phone's protective cover it stayed there (I don't lock my room) and I didn't see the white spot at the time. It appeared a few days later and I failed to relate its occurrence to the key that was pressing on the device from the back.