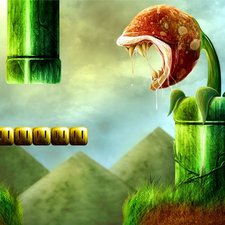 Can we buy somewhere the wifi/camera/Bluetooth cable?

I found a screen replacement for my laptop, but it appears it's 2012 model, it works fine, except the plug for the camera wifi Bluetooth isn't the same on the different model, where could I buy the 2009 cable to reconnect it to the right hardware?

OK,yeah thanks, I did realise it will be complicated when I disassembled it, I watched the vid from ifixit to see the wifi antenna replacement, still tried, but then realised, that anyway cable go behind the screen, so one or the other I would have to dissasemble the screen and I'm not equipped for! Plus just what you told, it's not feasable anyway!

Well I got to sale my screen now! Do you know then if this model 2012 is compatible with other 15" model?

Do know what to put in my announce to sell it! Because it seems the connector cable are very similar in model 2014 and 2013, even though it's from a 2013, I think they are all retina but they might still be compatible!

I would just post the Apple part number the original seller sold it to you by.

Ouch! Not so simple!

Basically these are very different lid assemblies. It's best to return the part and get the correct part than trying to force fit the AirPort and its connections into the other lid. Sorry ;-{