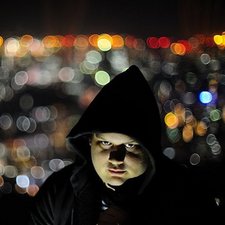 Sony KDL-40EX720 purchased in Amsterdam is it 110V compatible?

I've checked the back of the device but it says "240V" for the input.

The cable is sadly also not even removable like most HDTV's from Samsung for example that have a power plug that looks like a little "8" in shape.

Now, Sony has a reputation for labeling their devices only with the voltage in the region it's sold. For example the Playstation 3, if purchased in the Netherlands simularly only shows " 240V" on the back of the sticker. But an ifixit teardown confirms that the unit can deal with 110-240V so it's international.

I wonder if it's the same for this Bravia unit. Does anybody have an idea ? I tried checking the service manual; but that didn't provide any insight.