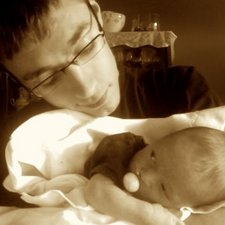 Why is part of my replacement screen unresponsive?

I recently replaced my Moto G's screen with one I found on Amazon.com. For awhile (about 48 hours) it was working flawlessly. Then it started misbehaving. I noticed the touch screen responding poorly. I narrowed it down to one horizontal section of the screen just under the center as unresponsive. I downloaded a touch-test app and confirmed this was the case. However, this is not a permanent condition, as the area sometimes works randomly and other times is completely unresponsive.

Thinking it might be a loose connection, I took my phone apart again and checked the connections. I took the ribbon cables out and put them back in again after cleaning with alcohol. The problem persists.

What could be causing this dead section of my touch screen? And is there a way to fix it?

Its possible the screen is defective, get a replacement and see if it does the same thing.

I recently replaced my screen+digitizer in my moto g phone. Both the display and the digitizer worked well (although the red was slightly less 'red').

This new screen also doesn't work at all (only LED works). But the touch screen works fine. I did an ADB screen grab using the USB to computer and I can 'see' what the phone screen background image is being trasnmitted to the screen, but I don't know if the circuit is damaged or this screen is bad too.

Any ideas would be greatly appreciated.

You just cannot do that. I'm sorry. Haha My new screen and digitizer nearly "broke the bank" but the screen looks beautiful with the new glass and everything.