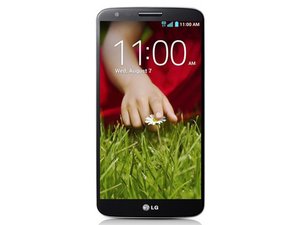 A touchscreen smartphone made by LG released in September 2013 with the model number VS980. 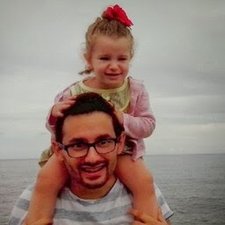 Where is the battery temperature sensor?

Since repairing the screen, I have noticed that the battery temperature sometimes registers as -30.0 deg C. This causes the phone to not charge and also will not boot up. I found that a good old knock against the back cover sometimes fixes the problem temporarily, but it's far from ideal.

I would like to know where the battery temperature sensor is located, to know what i have to replace (I'm expecting this to be built into the battery but I'd rather confirm first)

The sensor is on the lower left, in the inside of the cover.

I tried shorting the contacts of the sensor on the phone side, while plugging in the charger.

This bypassed the initial temp control. And... it CHARGED!

So, if this works for you, changing the back cover should be a permanent solution.

If it doesn´t work, the fix should be to change battery flex.

Don't short the contacts as a permanent solution, the temperature sensor also prevents the battery from overheating and blowing up.

I got the same problem when I changed my G2's display. It could not be charging while it was ON but only while it was turned off. It could open once it was fully charged though very slowly.

However, it was working for me for a couple of weeks after that It turned off while it wasfully charged.

I opened my phone back cover and take out the battery. I realized that the guy who replaced the battery had not removed the protective plastic film on the back of new display to place the battery again. When removed it worked!!! :)))

Same problem here, but sort of solved it.

The temperature sensor is in the inside of back cover, the two contacts on the bottom.

I got the phone to charge, by shorting these out while plugging in the charger.

So, if this works for you, then changing the back cover (with sensor and all) is the solution.

If it doesn't, then the best bet is changing the battery flex.