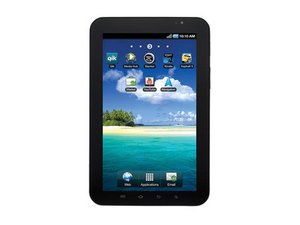 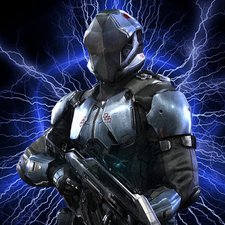 Galaxy tab 3, screen has power but is black.

Having an issue w/what I think is the latest kitkat update.

I put off the installation for like a week, finally decided to do it on Friday night.

Install went without a hitch, rebooted a couple times and finally rebooted and everything appeared to be working as it should.

Anyways, this morning I notice my battery is down to like 25% so I plug in (Original charger and cable)

I unplug it and power on, I can hear the startup chime but my screen is black (not totally black, it still has that powered up glow)

I've tried every button combination/sequence I can think of, have disconnected/reconnected the battery, Still No Joy..

WTF, Kitkat update is the only thing thats changed on my tablet lately and now its blown away..Its never been dropped, is always in its case except for when I had to disco/reco the battery, not a scratch/dent/blemish on it.

Thanks for the input Joy, Glad it has helped someone as well as yourself out.

Referring to my first post you'll see "I've tried every button combination/sequence I can think of, have disconnected/reconnected the battery, Still No Joy.." No pun intended w/the "Still no Joy" part.

Anyways, tried powering the unit up again this morning (with power/vol +/- buttons annnd nothing, Same old same old.getting along great w/my EVGA Tab but I do miss my GT3.

I had the same problem too (with the recent update and all), but I pressed the power button and volume button (both + and -), my tab restarted, and now it's working just fine.

Thank you so much Joy. Mine is working again now thanks to you.

u saved my kids life cause he got the blame lol

it work for me...thaanks bro!!

You can happily add another satisfied and grateful one to your circle!

yo guys ya'll can also do this.

press the power on button and the volume up button for at least 5sec and release for 1sec and then press both in again your tab3 will restart and that's it.

Thank you, I just got it for Mother's Day from my son. And was sick when it went black and I couldn't figure how to reboot it. Thank you the above solution worked great!!

Thank u so much just about to take my tablet to get fixed thought i would try this and yes its now fixed..

Thank u v much

I just replaced the battery in my tablet, it makes noise like it is turning on but the screen stays black. I have tried the above suggestions and still nothing. Is there something else I can try?

Ty joy my screen is back again

Simply restarting the tablet doesn't always fix the issue.... I know that it certainly didn't work for me.... The black screen issue is on most cases due to the device being dropped (even if it didn't hit the deck very hard). In the process of doing so, what's happened is that it more than likely has slightly dislodged the LCD connector. What you will need to do is remove the back cover to your tablet (Make sure that the tablet is turned off before attempting to remove the cover in order to prevent any potential short circuiting in your motherboard or other electrical components). Once its open you will see 2 black tape looking connectors. 1 is for your LCD and the other is your battery charger. Both tapes should look fairly firm and tight. If they're not, then they are loose and more than likely the cause of your issues. You will see that at the connection point, there will (generally) be sticky tape or similar taped over the top. Gently remove each tape. Each connection point is only held in by a small black clip. Unclip each clip (easy to remove) then gently pull out and remove the connection. Leave each connection point unconnected for say 2 mins then carefully reinsert the connectors back into the connection points and secure it with the clip. At this point, what you want to do is to attempt to get each connector tape as tight as you can. the tape should late flat against the battery. you can do this by running your finger from the bottom of the tab and sliding towards the top towards the connection point. Then insert the connection point carefully and secure the clip. Get yourself some fresh sticky tape or electrical tape and stick it over each connection point. What I have found that seems to help is to also tape down each connection tape as well - just to help keep it secure. you don't have to go taping it down excessively, just 2 or 3 will do. I know that its the black screen issue we are attempting to fix, but the point of working on both tapes is that you may as well do it for the battery connector tape as well while you have it open. Hope this helps! :) Cheers!

Thank you soon much! I went on YouTube to find out how to take off the back cover, but I would not have even known what to look for if you hadn't put up this extended answer. Thank you, thank you, thank you! !!!

@tevo912 thank you so much. I was scared, but I did exactly what you said. This fixed the problem on TWO TABLETS and I feel like a certified smartypants. A million thanks!

Thank you so much as well! I thought my tablet was a goner! You helped me fix it in 10 minutes!

Wow I didn’t think it would work but sure nuff the lcd connection was loose and it was easy to remove tape and readjust. Thanks for this now my kid can kid YouTube lol ❤️ Taking off the back was a little hard but I can see why starting from the top left where the pin insert is worked better for me and it snaps back on easily. Again thank you!

Thanks mate it really did work, the edges a bit darker but at least it’s visible thanks again 10/10

I have the same problem too on my daughters Samsung tablet 3. Looks like its going to load up then nothing happens, the screen is still lit up. I have tried everything... Tried rebooting it but still having the same problem. Really need some help as I don't want to be paying £70 to get it fixed when I know its something straight forward.

Oh my goodness! This finally fixed my problem. They screen was still backlit, but nothing showed up and it wouldn't shut down or anything. I've been putting off taking it somewhere for over a week because I didn't want to spend the money. Thank you!!!

I restarted my tab 3 by pressing menu button + volume down button. Then the tab 3 restarted successfully. After that I uninstalled "Clean Master" and then the black screen problem solved in my case.

How do you turn I back on

I had the same problem

I have 2 samsung tabs 1 samssu ng tab 3 model P5210 the other one is samsung tab pro model t520. I thought its the screen issue so i changed the screen gor one of them but same problem a black screen only when i push the power button the side turn back sign light turn on and the other side but nothing on the screen nothing at all, well very simplje open the tablet disconnect all cables remove the battery cables put them back again and it should work . I know it sound simple and easy but thats all .

If the device is new you can take it back and get a replacement for no charge.

This is the 2nd one it has happened on. The 1st lasted about 3 weeks, I got 6 weeks out of this one. Junk.

probably should pick a different choice then.

I have the same problem although i have integrated battery , lenovo tablet a something i think , i left it and after it shut down after losing battery it returned to normal only to go black again after a short use when it was low on power and wqs plugged in, try to let the battery dry out at least you will be able to use it before it goes black again.

This did it cor me. Galaxy tab s2. Can now find out who is dimming the screen. Thanks

I had the same problemishes with my tab 4 , go on youtube and follow instructions to replace battery , all I did was take the back off, remove the 3 flex cables in the back and put them back again and it worked straight away , 10 minute job

The GT3’s back is super easy to remove.

I initially used a guitar pick to open mine. After having done it so many times, I can now do it with just a fingernail.

Don’t be scared, it’s already F’d, what’s the WORST that could happen?

Alternatively a hammer and sharp chisel or just the hammer could solve all GT3 issues.