ipad not charging when I plug it in

When i plug in my i pad it shows me (not charging) no matter what plug i put it into it just dose not charge.

Solution: make sure you are using an iPad wall plug in charger, both look somewhat the same but have different wattages.

my ipad 3 is not recognized by itunes after replacing battery and lcd.

check the dock connector and the battery, make sure that both of them are work well, if not, you need to replace it

If you’ve ever gone to plug in your iPhone or iPad and noticed that it’s not charging as it’s supposed to be, you might want to check the devices Lightning port. That’s because the little charger port on the bottom can be a trap for pocket gunk, and even fairly small pieces of lint or sediment can prevent the device from charging as intended.

The simplest way to check this is to flip your iPhone or iPad so that you can look at the bottom of the device, if you see anything at all in the Lightning port, that’s probably the culprit preventing the charge. You’ll want to grab something like a wooden or plastic tooth pick to get the object out, but you may have luck with a tiny brush or other object as well – just make sure it’s not metal and that it’s not wet. 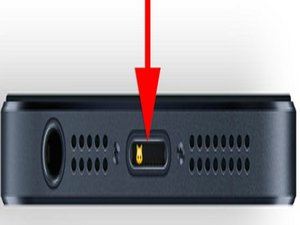 Once you’ve cleaned out the port, try plugging it back in again. It should work. If you’re still having problems, it could be due to a badly frayed USB cable, which is always quite obvious, or a shoddy third party cable that is unsupported by Apple. 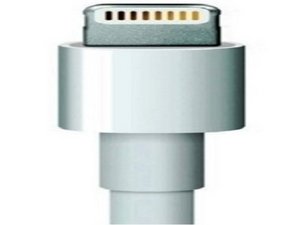 ran into this recently on my iPhone and discovered a piece of pine needle wrapped in pocket lint with a tiny pebble stuck in Lightning port, it was preventing the Lightning cable from making a complete connection, though it sure looked and felt like it went in all the way. After searching around to see if this was a common issue, I discovered CNet also offered the same advice, so it’s definitely fairly common.

For what it’s worth, a similar trick can be helpful when trying to figure out why headphones aren’t working, or if your iOS device gets stuck in headphone mode. Check for pocket lint, it’s the most likely culprit.

Of course, if the device won’t charge and it also won’t turn on at all, you may have a bigger problem, like a dead device. For diagnosing that issue, you’d be best off taking it to an Apple Store or Apple Support channel.

You might have let the battery discharge. My iPad would not charge, I checked the cord for damage, borrowed a friends cord, nothing worked. I tried pushing in the "on" button, I tired all the buttons (as if this would help). What did work was to push both the on/off button and the sleep button. I went to the Apple Store and was told... Yes, that is called a "Hard Reset"