I am a second year student at Embry-Riddle Aeronautical University. Where I am working on a degree in Aerospace and Occupational Safety.

After graduating high school I joined the United States Air Force. I served as an avionics technician working on multiple Air Force aircraft including the B1-B, B2-A, and C5.

I served for 20 years before retiring to pursue life outside the military. I spent the last several years of my career focusing on repairing test equipment. Having a resource like iFixit for that equipment would have been extremely useful. Especially trying to troubleshoot and repair equipment where there was no replacement available.

After retiring from the military I decided to find a program related to my experience but I knew I did not want to be an aircraft mechanic for the rest of my life. That is what led me to the Aerospace and Occupational Safety program at ERAU.

My free time is dedicated to my family. I have an infant daughter and a wife of 6 years. We have to awesome rescue dogs. A chubby neurotic beagle and a goofy carefree wheaten terrier. We enjoy spending time going to Disney World and traveling around trying locally owned restaurants. We are also working on visiting every ballpark in Major League Baseball and have been to 12 of the 30 stadiums. 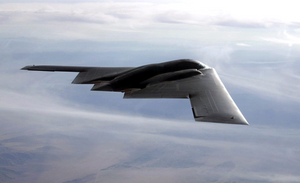 The first aircraft I worked on in my air force career and in my opinion the greatest jet in the world.

The last aircraft I worked on in my air force career and by far the worst jet in the world.

While in the AF I was recognized as the maintenance professional of the quarter within my squadron on multiple occasions. I received the AF Achievement Medal with 3 oak leaf Clusters the AF Commendation Medal with 2 oak leaf clusters.

The final 2 years of my career was spent repairing test equipment that lacked technical support, repair facilities, and replacement capabilities. Including the rebuilding of a jet engine fuel consumption test set that had been completely corroded from sitting in the elements on a tropical island for several years.