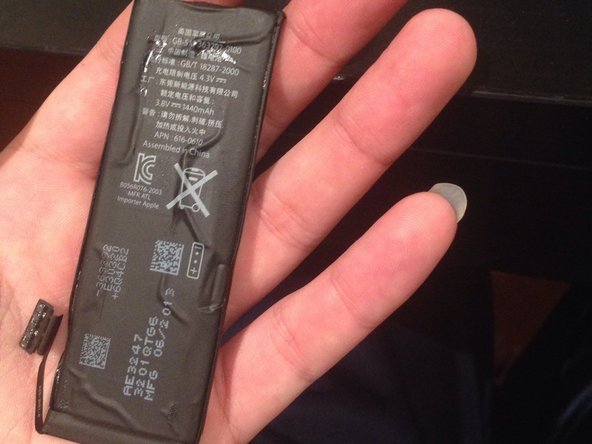 How to replace your iPhone 5 battery

My iPhone 5 battery experience has been woeful. I first received my iPhone 5 in Nov 2012 and after using it for less than a year the battery capacity has dropped to 85%. So in Oct 2013, I went to the Apple Store to get the battery changed under warranty. However, the Apple Store screwed up the installation, the volume buttons were not working and after a day, the phone died. They reluctantly gave me a new phone. The battery in the new phone lasted me til June 2013 when capacity dropped to 70%. I decided to change the battery myself instead of going back to Apple as they were going to charge me $90 at the minimum.

The first time I took the phone apart, it was a little scary as I had read multiple reviews that people either broke the ribbons or the board. I decided to not touch the ribbon and tried prying the battery out. After 10 mins of prying I gave up and put the phone back together. Later that night I decided to try again, but this time taking off the 3 ribbons so I have more space and leverage without the screen sitting on top of my hand and the other hand holding it. After 10 mins of prying, I was able to get the battery out. It seems that the battery has overheated one time too many and you could see deformation on the underside of the battery. The installation of new battery was easy as were the ribbons and putting the phone back together.

Definitely remove the top 3 ribbons so you can remove the screen fully.

Lastly, be really careful when installing the new battery and the connector. Initially I had issues connecting it as my new battery's connector was manufactured at an odd angle and did not sit properly.