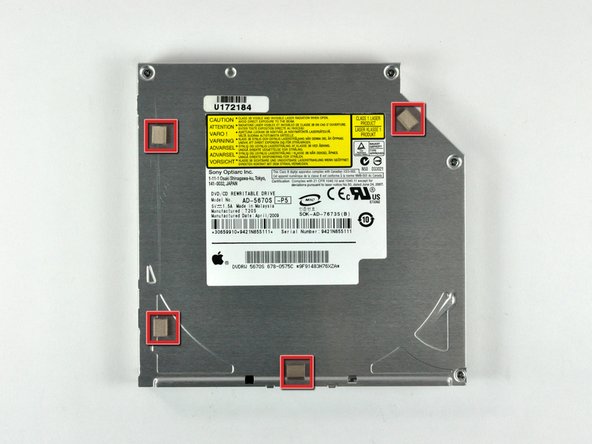 I wanted to squeeze a few more years out of this computer as it fit my needs very well, and the 24" screen size is just right for my office. The only problem was that my iMac seemed sluggish compared to my 2010 MacBook Pro which I had upgraded with a SanDisk Extreme SSD 2 years before. That upgrade was game-changing and made my laptop feel like a new computer! I worried that the upgrade to my iMac might be more of a challenge than I had bargained for, but I gathered my courage and decided to take the plunge by replacing the rarely used optical drive with a 480GB SanDisk SSD Extreme II, which was on sale at Amazon for $259.

Everything went very well except for two issues.

The biggest of the two problems I encountered was that the original optical drive enclosure mounting holes did not align properly with the 12.7 mm SATA optical bay drive enclosure I purchased from iFixIt. What should have been easy-peasy took me almost a half hour to get only 3 of the 4 screws into the enclosure. I satisfied myself that it was "good enough", but I was very disappointed that the drive enclosure was that far off. The otherwise excellent guide stops at removing the drive enclosure and removing the optical drive. There is no advice regarding any modification that may or may not be necessary to reinstall it or what to do if the screw holes don't align with the one provided by iFixIt.

For the record, I checked that the iFixIt enclosure was installed correctly and mounted correctly in the original optical drive bay. The screw holes were just off and as described above, making the mounting screws almost impossible to reinstall.

Use an icecube tray to keep the screws, pieces of tape, thermal sensors et al in place while you work. It makes reinstallation a snap!

Buy a can of compressed air and carefully blow out all of the accumulated dust from the motherboard, fans, etc. Your computer will run cooler and you'll add years to it's life by making sure it's as dust free as possible. Accumulated dust makes components run hotter and fail sooner. Taking this rare opportunity to clean it with compressed air is something to take advantage of during the upgrade.

Be sure to thoroughly clean the display screen and the cover glass with something like ScreenKleen during reassembly. You don't want a fingerprint, smudge or piece of dust to be on it or you'll see it every time you turn on the computer!