Switch installed, but it didn't fix the problem, doh! 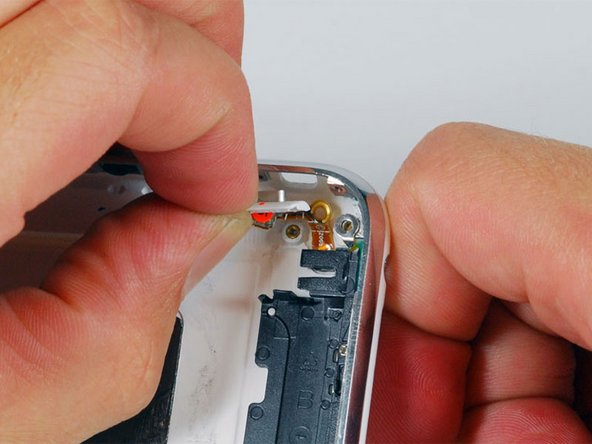 The mute button was flaking out and would randomly vibrate when touched very lightly. After doing some research online, the problem seemed to be a bad switch.

The process took a little over an hour. I managed to drop two screws off the table on the rug, however they were recovered. I decided against the second beer as I quickly realized this task was going to require very fine motor skills (finer than my fine motor skills after a handful of beers, anyway). That turned out to be a very good idea...

Don't drink if you are doing a difficult repair.

You MUST have the proper tools for this job, and in addition to the tools recommended by ifixit, I'd make sure you have a very small pair of tweezers handy and also a small (very small) magnet for retrieving screws that may get lodged in the phone case. Small tweezers are handy so you can place the screws into the holes. That part seemed to consume the most time for me.

It would be great if ifixit sold a plastic template of the phone that was threaded so you could screw the removed screws into it so they aren't lost and so you remember where they go back into the phone. I thought I was missing one screw near the mute button but I realized that one of the holes was supposed to be filled by a screw that holds the logic board to the case.