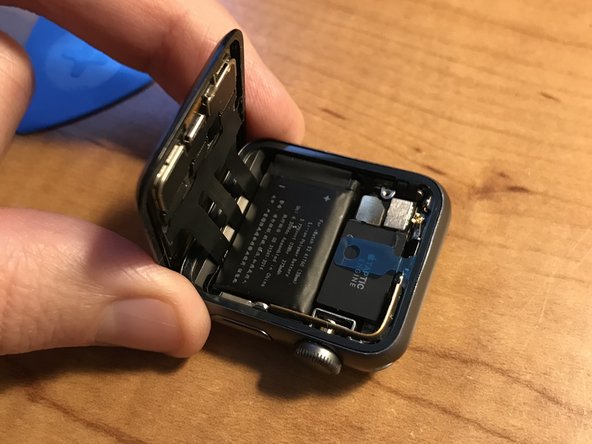 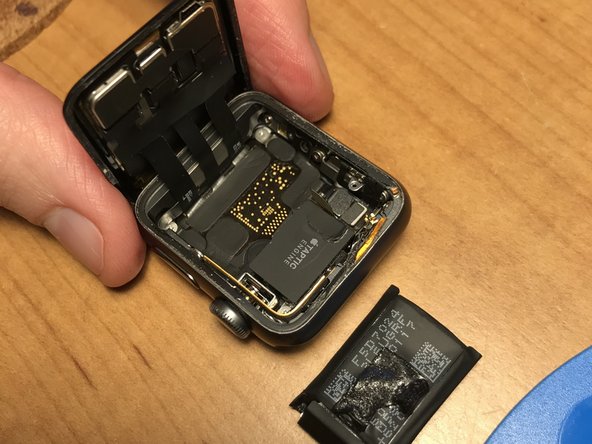 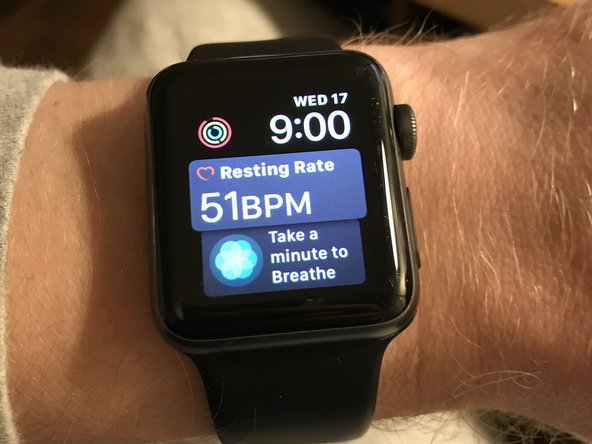 My watch’s battery had to be recharged once or twice a day and it often died during a workout. The Apple Store wanted the price of a new watch to replace the battery, so no thanks.

The kit had everything I needed.

The hardest problem by far is opening the case. I worked and worked on that thing. I finally managed to open the case from the top side and a good thing too because my blade slid waaaay inside the watch. Fortunately it was far from the display connection and nothing was damaged.

The actual replacement of the battery is not hard. I noticed that my old battery had swelled a bit, yikes.

Leave the iopener on for like 2 minutes. Maybe my microwave is under powered, but one minute didn’t do it.

When trying to take off the tiny screw inside the watch, hold the case from the bottom to push up against the driver.

I thought I could test force touch before taking off the film on the replacement gasket, nope. Force touch didn’t work until the film was off and the whole thing was stuck back together.