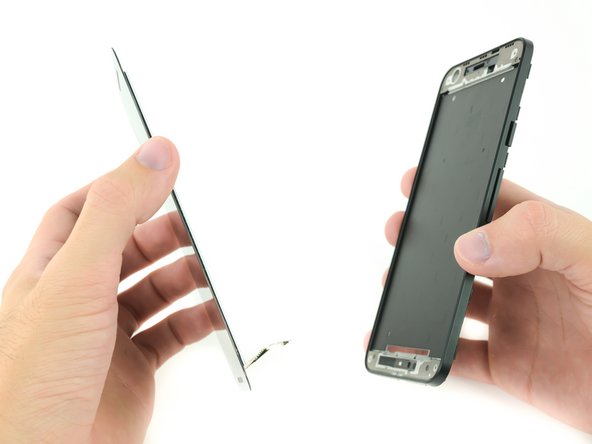 Dropped the phone and the screen cracked

The repair went pretty well. I bought the screen and digitizer assembly from iFixit because it included the frame so I didn't have to remove the glass itself. I used the repair guide listed underneath the assembly listing. It was very good however I needed to remove and transfer a few extra things because I was replacing the whole digitizer assembly. The repair guide assumed reusing the digitizer assembly and only replacing the glass screen. Not a biggy though. I did have a slight snag though when moving the front camera to the new assembly. The new assembly did not have the adhesive for the camera so I had to remove the one from the old assembly. That was quite delicate and difficult to take out and move over. Wound up having a small crease in it. Still works though.

I was pleasantly surprised to a note and a prepaid return shipping label to send the old broken screen back to recycle it. My kudos to iFixit for being so conscientious like this.