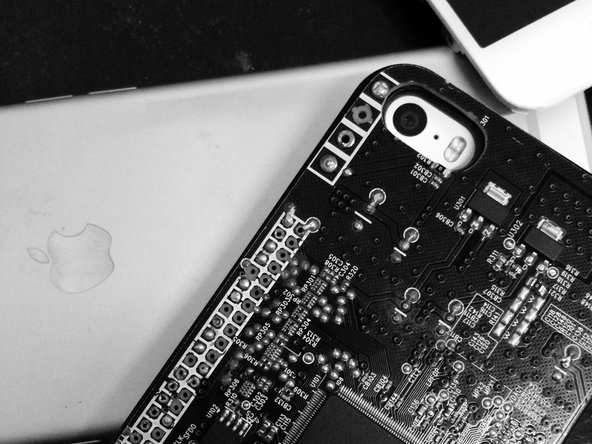 How to replace the battery in your iPhone 5s

The battery died while it was charging.

my smarthphone (moto G 4G) came in short circuite 'forcing me to buy a new device . It was when I won got an iphone 5s that was damaged about two years ago' 'according to the former owner

he would simply have switchinitiallyed off while charging and never back life .

initially I feit totally without option in front of the torx t5 'entry since it was not a very common tool, I went to all the university labs (even in the apple lab) , '15 days of searching were necessary for me to achieve the only torx key, However my suffering was not over I still needed a suction cup there if there were another 4 days of searching until my patience was over 'I went to practice with what I had in my hands ...

it was there that I met the ifixit, I studied the images tutorial carefully and put my hand in the dough, I took the bad screws I still needed to pull the screen, after a few frustrated attempts I had the idea of ​​using tape duplaface 'is worked out! (the !&&* was to remove tis tape the screen later) ...

with the device finally opened I removed the flat of the id touch and removed the screen with that surgical care to not have so much work lost by sloppiness, ' I still had to withdraw the battery' but there was nothing to heat so I saw an iron for clothes I grabbed the bridge of my shirt and wrapped the iphone in it used the and iron it, the battery came out easy!

I took the multimeter and saw that she was dead '' I threw some tension until she came back to life 'visibly everything was okay with the device I looked for oxidation marks some short mark and had nothing was everything perfect' 'I knew there was something wrong or with the logic board or the battery.

after checking everything I decided to reassemble the device and he simply started charging and after about 10 min he open apple logo and inicialing is it works until today I was suspicious for months just hoping he would give some problem but he is perfect , the battery is genuine

I have the theory that somehow the source or cable or socket caused a short in the battery causing it to die, and the interval of almost 2 years has served for her to forget the trauma caused by the short,

I already researched a lot and I did not find a good explanation for that.

always use your creativity!